Alex Jones continued to spread false information about the shooting at Sandy Hook Elementary School for several years after the tragedy, specifically the notion that the incident had been fabricated by the government as part of a scheme to limit the availability of firearms in the United States.

The jury in Connecticut found that Jones had utilized such lies to boost the number of visitors to his website as well as the number of sales of his items. In addition, the jury ordered Alex to pay all of the costs and expenses incurred by the plaintiff’s attorney.

Jones was born on February 11th, 1974 in Dallas, Texas, and grew up in the Rockwell neighborhood. He was raised in Austin later in life. His father is a dentist, and his mother is a stay-at-home mom. In 1993, he graduated from Anderson High School in Austin. He then dropped out of Austin Community College.

He began his career in Austin working on a live call-in public access TV show before transitioning to radio in 1996, anchoring “The Final Edition” on KJFK. While running for Congress, Ron Paul was a frequent guest on his show. 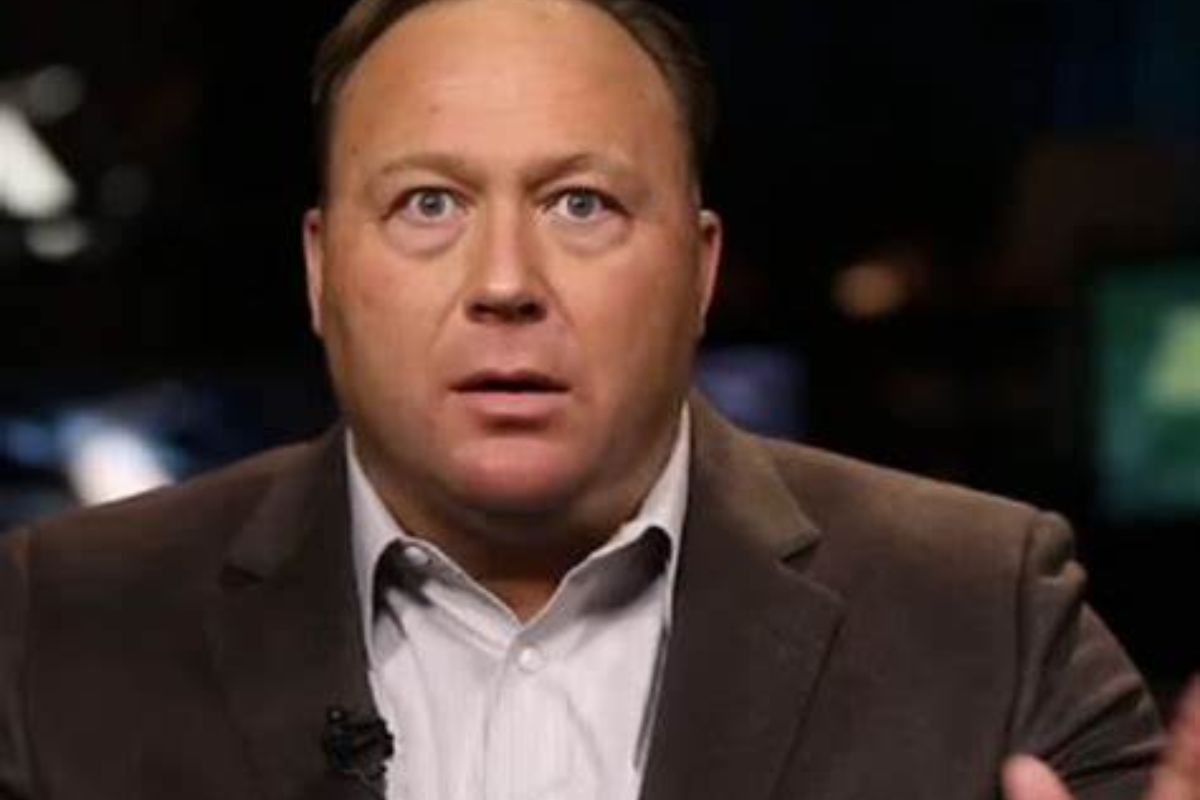 In 1999, he tied with Shannon Burke for the title of “Best Austin Talk Show Host” as voted on by Austin Chronicle readers. Later that year, he was sacked from KJFK for refusing to widen his topics and making it impossible for the station to sell advertisements. Jones subsequently began broadcasting his show from his home on the internet.

Jones ran for State Representative in Texas House District 48 as a Republican in 2000. He stated he was running to “be a watchdog from the inside,” but he dropped out after a few weeks. Jones’ radio show was syndicated on over 100 stations in 2001.

Jones began to spread a conspiracy theory after the 9/11 attacks, claiming that the Bush government was behind the attack and that it was an inside job. Several stations then abandoned him as the face of the 9/11 “truther” movement. The Genesis Communications Network syndicates “The Alex Jones Show” to over 100 AM and FM stations across the United States. In 2010, it had approximately 2 million weekly listeners.

Jones is the publisher and operator of the InfoWars website, which draws over 10 million visitors every month. The website has been labeled as false news and has been accused of spreading damaging conspiracy theories. The site apparently generated more than $20 million in income each year at its peak.

According to the German magazine Der Spiegel, two-thirds of Jones’ income comes from sales of his own products, which are marketed through the InfoWars website and advertising slots on his show. Supplements, toothpaste, protective jackets, and other items are among them.

In a 2017 episode of “Last Week Tonight,” John Oliver reported that Jones spends roughly a quarter of his on-air time hawking products sold on his website, many of which promise to be remedied to medical and economic problems attributed to the conspiracy theories he promotes on his show.

His antics continued during the COVID-19 pandemic, and he was issued a cease and desist order by the Attorney General of New York on March 12, 2020, after claiming without evidence that the goods he marketed were an effective COVID-19 remedy. In April 2020, the FDA intervened, and Jones was warned that the agency may seize and penalize him if he continued to sell the items.

Jones is well-known for his radical views on a variety of topics, including the Oklahoma City bombing, the moon landing, 9/11, Sandy Hook, Obama, Hillary Clinton, white genocide, and anti-vaccination. Jones argues that many terrorist acts were “inside jobs,” implying that the US government was involved. He believes that climate change is a ruse concocted by the World Bank in order to control the world economy through a carbon tax. Former employees accused Jones of sexual harassment, anti-black racism, and anti-Semitism in February 2018.

YouTube banned all InfoWars-related channels, including the Alex Jones Channel. Later that week, due to discriminatory and nasty content, Vimeo banned all of Jones’ videos. His accounts on Pinterest, Mailchimp, and LinkedIn were also deactivated.

Jones was permanently banned from Twitter and Periscope the following month after using the services to slam CNN reporter Oliver Darcy. The InfoWars app has also been deleted from the App Store and Google Play. Jones was barred from using PayPal for business purposes. Jones was barred from accessing Facebook and Instagram in May 2019.

From 2007 through 2015, Alex was married to Kelly Jones. They have three kids. Kelly Jones sought sole custody of their children in 2017 owing to her ex-odd husband’s conduct, alleging that he was not a stable person and that she was concerned for the well-being of their children.

His counsel attempted to justify his behavior by describing him as “playing a character,” similar to a “performance artist.” Jones has long disputed that he plays a character on his show. Kelly was granted sole custody, but Jones was granted visitation rights.

Jones was arrested and charged with drunk driving in Texas in March 2020. He was charged with DWI, a class B misdemeanor, according to the Travis County jail in Austin. He was arrested but released on a “personal recognizance bond” four hours later.

Alex lives in a gated enclave in Austin, Texas, in a mansion. The house is worth between $2 and $2.5 million.  Alex Jones is a -$900 million net-worth American far-right political extremist and conspiracy theorist.

Alex Jones is best known for hosting “The Alex Jones Show,” a nationally syndicated radio talk show based in Austin, Texas. He has published books and sold things worth hundreds of millions of dollars on his website. His items include everything from “brain medicines” to diet supplements to survival gear.

The Miske Files: a Heist Gone Wrong in Kailua Results in the…