Analysis Of Ron Johnson and Mandela Barnes’ Views Regarding Crime, Inflation, and Abortion

Republican U.S. Sen. Ron Johnson and his Democratic challenger, Lt. Gov. Mandela Barnes, are on different sides of almost every issue in Wisconsin’s Senate campaign. The candidates offer voters a distinct ideological alternative on issues ranging from abortion to the economy, criminal justice to Social Security.

Analysis Of The Views Of Ron Johnson And Mandela Barnes On Crime, Inflation, And Abortion

Here are Johnson and Barnes’ positions on some of the campaign’s key issues. Tony Evers and Tim Michels’ positions on abortion, crime, marijuana, and education. Johnson wants a state referendum on abortion, while Barnes wants Roe v. Wade legislation reinstated.

Johnson has said he wants a one-time referendum to let Wisconsin voters determine what to do, despite Republicans in the Legislature blocking Democratic Gov. Tony Evers’ idea for such a vote.

Furthermore, Johnson has claimed that he favors abortion exceptions for rape, incest, and the life of the mother, but has not called on Wisconsin’s Republican-led Legislature to modify the 1849 statute that prohibits most abortions.

“I propose a one-time single-issue referendum to determine when society has the obligation to defend life, balancing the rights of the mother with the rights of that unborn child,” Johnson said during their second debate on Oct. 13

. Barnes has stated his support for reverting to Roe v. Wade-era regulations that ensured federal constitutional safeguards for abortion rights.

“Unlike Ron Johnson, who helped overturn Roe v. Wade and backed an abortion ban with no exceptions, I support codifying Roe v. Wade, which provided robust protections for the health and life of the woman,” Barnes stated in a statement to the Journal Sentinel.

When asked about fetal viability, Barnes stated, “It all comes down to this decision being made between a woman and her doctor.” That’s all there is to it.” Barnes advocates for a national ban on cash bail, whereas Johnson emphasizes police support. 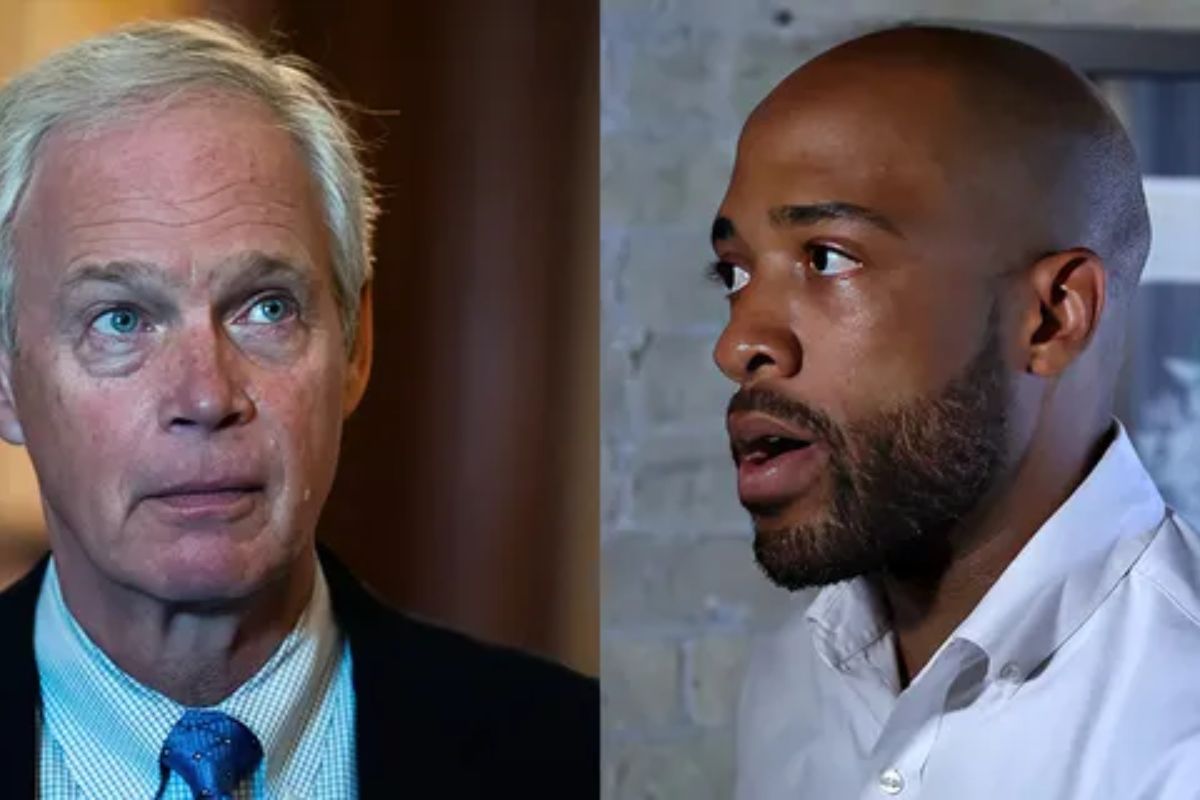 Barnes previously sponsored legislation to remove cash bail in Wisconsin as a member of the state Assembly. He maintains that stance because he wants the countrywide elimination of cash bail. Cash bail is not used as a condition of a defendant’s pre-trial release in the federal judicial system. A judicial officer makes the judgment on whether a defendant is fit to be released pending trial.

Barnes has gained backing from five national organizations that have advocated for the police budget to be cut. His campaign has stated that he opposes such an initiative. In their second debate, Barnes was asked about his thoughts on police and said, “This is about making sure law enforcement and communities have strong relationships.”

It is also important to ensure that we are doing all possible to prevent crime from occurring in the first place. Investing in decent schools and well-paying jobs, as well as working to eliminate poverty.” 51 county sheriffs, the Milwaukee Police Association, and the Wisconsin Fraternal Order of Police have all endorsed Johnson.

Barnes supported the $13 billion Safer Communities Act, the most substantial gun safety legislation in a decade passed in the aftermath of the Uvalde, Texas, elementary school tragedy. Johnson voted against the bill, calling it “a textbook example of Washington dysfunction.

” Negotiated by a “gang” with no committee process and no capacity to make amendments, billions of dollars spent with phantom funding, and clauses that violate constitutional rights.” Climate provides the starkest choice. Barnes urged the government to address climate change in their second debate, while Johnson dismissed the matter as insurmountable.

”It has an impact on places all throughout the country and the world.” “In particular, Wisconsin,” Barnes stated. “I’ve had the opportunity to meet our family farmers who have had to deal with the destruction caused by these 100, 500-year storms that are becoming more common.”

Barnes has shown support for expanding the USDA Rural Energy for America Program and opposing fossil fuel development subsidies. Johnson argued that the majority of the country’s electricity originates from fossil fuels and that wind and solar are unreliable. He claimed to be an environmentalist.

“I’ve never rejected climate change,” Johnson stated. “I don’t think there’s anything we can do about it.” And there’s no purpose in bankrupting our country attempting to do things that are pointless.”

(The National Oceanic and Atmospheric Administration have decided that by severely restricting the release of heat-trapping gases, humanity can halt and eventually stabilize the warming environment.)