Are Nicole Remy and Danny Still Together?

‘The Courtship,’ inspired by popular Regency-era TV dramas like ‘Bridgerton’ and ‘Sanditon,’ is a dating reality show unlike any other. The show, which was shot in the English countryside, recreates a Regency-era environment by following a single woman as she navigates a multitude of suitors as her family advises her on the next best step.

While the play involves magnificent period costumes, expensive parties, horseback rides, love letters, and much more, it is fascinating to see how people from the present era adjust to the traditions and practices of the time.

Nicole Remy, a USC graduate and software engineer, was introduced in Season 1 of ‘The Courtship’ as she went on the adventure to find the perfect mate. Nicole eventually reduced her options down to three suitors before settling on Daniel “Danny” Bochicchio in the season finale. Nonetheless, now that the season is over, many are wondering if Nicole and Danny are still together. So, will we investigate?

The Courtship Journey of Nicole and Danny. Interestingly, Nicole and Danny had no early sparks, but they built on their connection through time. Nicole had to keep her thoughts and options open as she navigated through the crowd of suitors.

Danny, on the other hand, did not go out of his way to chase or impress Nicole, instead attempting to learn about her as a person through heart-to-heart interactions. Nicole eventually noticed Danny’s cautious advances and appeared to reciprocate. She even chose Danny for her first solo date of the season, making him a potential suitor to keep an eye on.

Nicole and Danny got along well on their first date, but she quickly moved on and began investigating other options. Danny, on the other hand, did not give up hope and stayed committed to his path of wooing Nicole. Furthermore, the couple appeared to be quite committed whenever they were together. 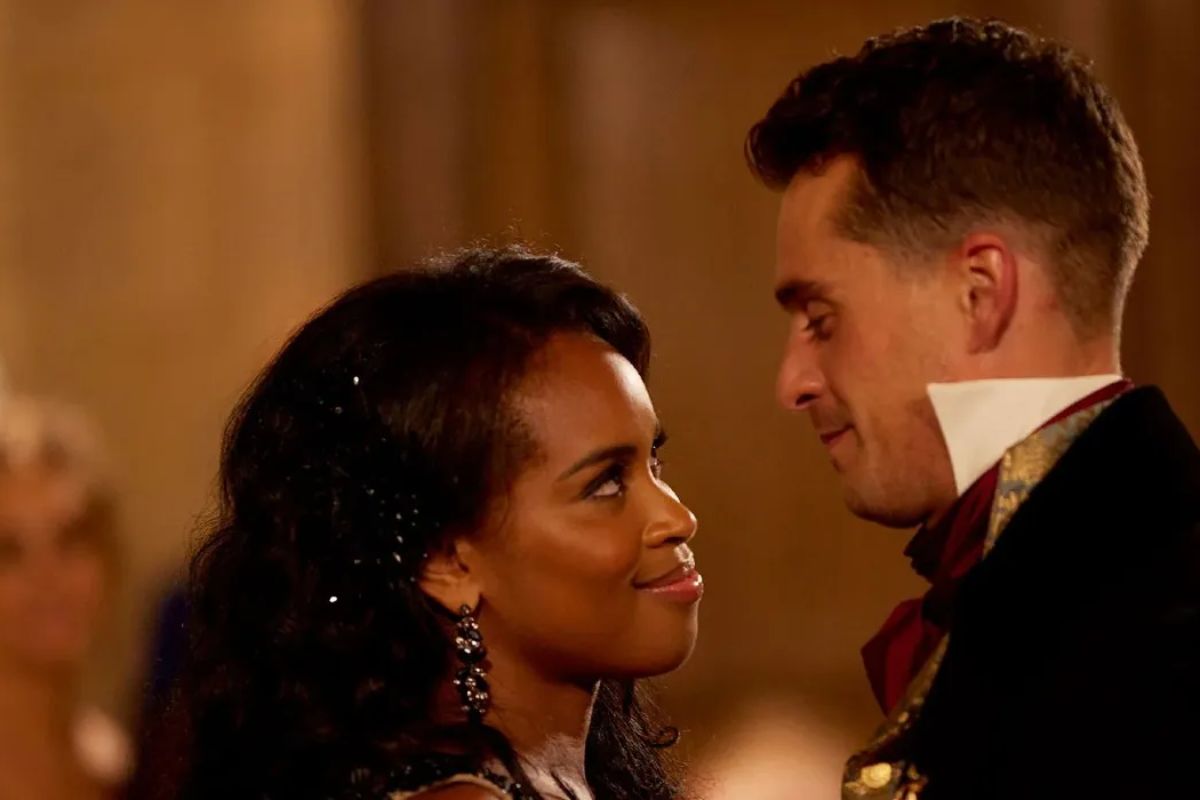 Nicole eventually narrowed it down to three individuals, namely Jesse Judge, Christian Lee Cones, and Daniel Bochicchio, after working her way through countless candidates. The three finalists were required by the show’s regulations to depart from the Regency-era setting and take Nicole on a modern date.

When Danny finally got to ask her out on their final date, he brought her to York, where they wandered around hand in hand, admiring the sights. It was heartening to see the duo open out to each other, and Danny seemed to have a decent chance of winning Nicole over.

Nicole was quick to dismiss Cones on decision day because they took too long to create a love bond. Jesse, on the other hand, she thought was the perfect person and would make the best spouse, but she claimed her heart belonged to someone else. As a result, after much deliberation, she chose Danny as her partner, and the season concluded with Nicole and Danny’s engagement.

Nicole and Danny have chosen to keep their personal life private since season one wrapped. As a result, they haven’t shared much about their relationship. Despite Danny’s social media profiles being switched to private, Nicole took to Instagram to expound on her experience on the show and thank everyone involved.

Nicole also mentioned the precise moment she met Danny and its significance in their relationship in a comment on one of the blogs. Given Nicole and Danny’s closeness on the show, as well as the lack of news regarding a probable breakup, we can infer that the couple is still together and looking forward to a bright future.

Are Memphis and Hamza Still Together?

Are Cam and Emily Still Together?

Is Chris Rock’s Divorce Has Been Finalized!

CCR Breakup: What Was the Order of Events Leading Up to the…

Holtsville, Ny – Three Teenagers Were Killed in a Car…