Most people are familiar with Bill Belichick as the New England Patriots head coach. When Belichick accepted a position with the Baltimore Colts in 1975, he began his career. He was regarded as one of the best minds in the game by the 1980s when he served as the New York Giants’ defensive coordinator.

Bill was hired by the New England Patriots in 2000 following a difficult tenure as the head coach of the Cleveland Browns in the early 1990s. As of 2020, he has led the team to six Super Bowl triumphs. His early football prowess, which he undoubtedly received from his father, a veteran assistant coach and college football scout, made him one of the best coaches in NFL history.

On April 16, 1952, in Nashville, Tennessee, William Stephen Belichick was given the name Bill. Bill Edwards, a College Football Hall of Fame coach, is Bill’s godfather. He grew up in Annapolis, Maryland, with his mother Jeannette and father Steve, who served as an assistant football coach at the United States Naval Academy.

Belichick frequently accompanied Steve to coaches’ meetings and observed how his father analyzed game footage and drew out plays. By the time he was in his early teens, Bill was a regular at team sessions and was knowledgeable about the formations and strategies used in the sport.

Belichick played football and lacrosse while a student at Annapolis High School. After receiving his diploma in 1970, he spent a year as a postgraduate student at Phillips Academy in Massachusetts, where he raised his grades and test results sufficiently to get admission to Wesleyan University. Bill was the captain of the lacrosse team, played squash, and was a tight end and center for the football team at Wesleyan. He also joined the Chi Psi fraternity. Belichick earned a bachelor’s degree in economics in 1975.

Following his graduation from Wesleyan, Belichick accepted a position as Ted Marchibroda’s assistant coach with the Baltimore Colts for $25 per week. He joined the Detroit Lions as an assistant special teams coach in 1976, and the following year he started working with wide receivers and tight ends.

Bill started working as a defensive assistant and assistant special teams coach for the Denver Broncos in 1978. He held those same positions with the New York Giants in 1979, and in 1980, he started teaching linebackers. The Giants won the Super Bowl in 1987 and 1991 after Bill Belichick joined the team as defensive coordinator in 1985.

Bill’s Super Bowl XXV defensive game plan earned him a spot in the Pro Football Hall of Fame. When it was revealed that the Cleveland Browns will move to Baltimore, Bill Belichick was given the assurance that he would be coaching the new team, but he was sacked instead. Bill served as head coach of the Cleveland Browns from 1991 to 1995. 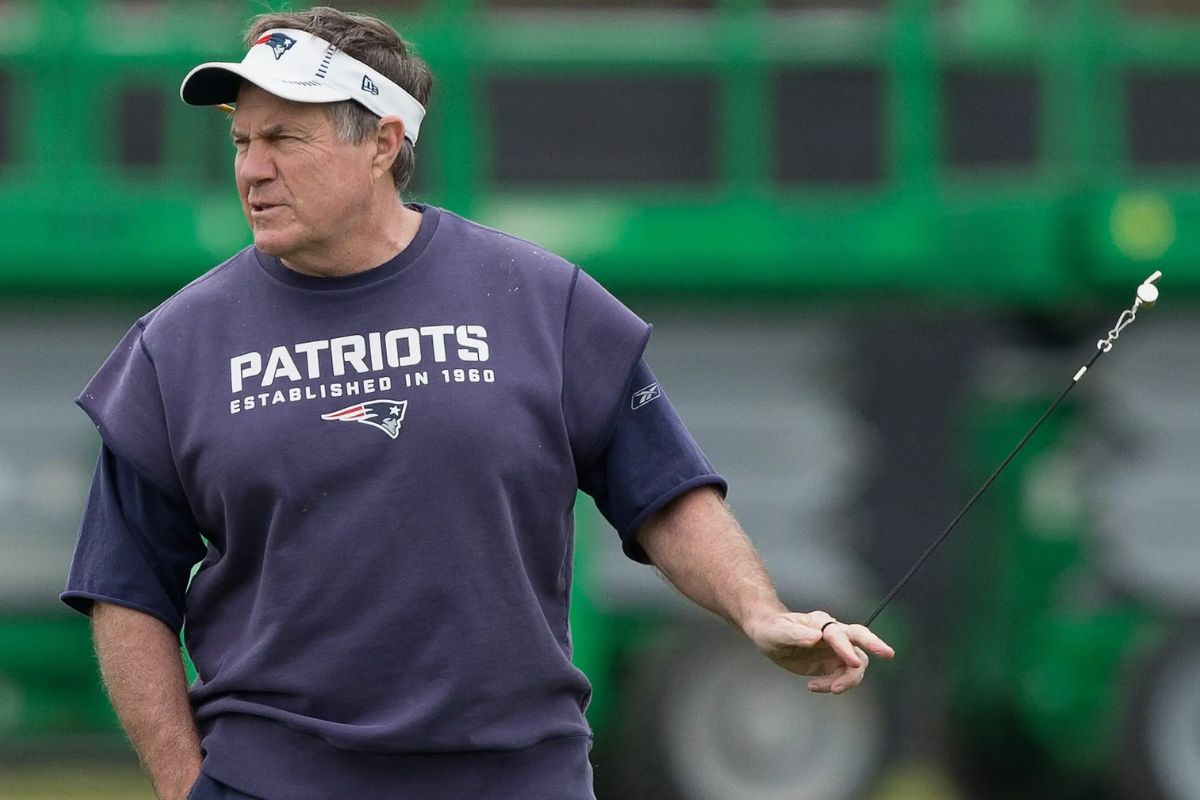 Bill Belichick was supposed to take over in 1999, as Parcells had planned, but the day after he was named head coach, Bill announced his resignation in a press conference. In 2000, he took over as the New England Patriots head coach and general manager.

Bill was hit with a $500,000 punishment in 2007 for “Spygate,” in which a Patriots video aide was found to have recorded the New York Jets defensive signals. Along with the $250,000 punishment, NFL Commissioner Roger Goodell stripped the Patriots of their first-round pick in the NFL Draft the following year. More often than any other coach in the team’s history, Belichick has guided the Patriots to triumph. This includes nine Super Bowl appearances, where they won in 2002, 2004, 2005, 2015, 2017, and 2019.

Bill married Debby Clarke in 1977; they had three children together—Amanda, Stephen, and Brian—before getting divorced in 2006. The pair had already begun to part ways in 2004 when Belichick was allegedly involved with a former Giants receptionist named Sharon Shenocca.

Like her father, Amanda played lacrosse at Wesleyan before taking over as Holy Cross College’s women’s lacrosse coach. Both Brian and Stephen have experience working for the Patriots; Brian as a scouting assistant and Stephen as the safeties coach. In 2007, Bill and Linda Holliday started dating. Linda Holliday is the executive director of the Bill Belichick Foundation, which offers funding, coaching, and mentoring to people, groups, and communities involved in football and lacrosse.

For the seasons 2003, 2007, and 2010, The Associated Press named Bill Belichick NFL Coach of the Year three times. He also holds the distinction of being the only active head coach selected for the 2019 National Football League 100th Anniversary All-Time Team. Bill was admitted into the athletic halls of fame at Wesleyan University in 2008 and Phillips Academy in 2011. In 2017, the Warren Street lobby at Wesleyan changed its name to “Belichick Plaza.”

Bill Belichick is a head coach in American football who has amassed a net worth of $60 million over the course of his career.

Bebe Rexha Net Worth: What Is Annual Income?

Queendom Season 2 Release Date Is Yet To Be Here! –