Aaron Carter has entered rehab for the fifth time, this time to regain custody of his 10-month-old baby, Prince, who is currently in the custody of his fiancée’s mother. The former child star voluntarily entered a month-long outpatient program through Lionrock Recovery on Tuesday, ahead of a court date later this month, according to the US Sun.

“The major reason I enrolled in rehab, outpatient programming, is to assist with the cannabis,” the musician explained in a video uploaded by the publication. “I don’t need to use pot anymore, so I don’t want to.” Carter, 34, revealed that he and his fiancée Melanie Martin had to relinquish custody of their son owing to domestic violence and drug-use concerns. He claims that the rebab stint is not required by law, but that he is doing it to reclaim custody of his son.

I decided to enroll in the program.” “This will be my sixth time in rehabilitation, primarily to handle aftercare,” he explained. “There haven’t been any relapses.” I haven’t had any relapses… it’s just that triggers are a big deal for me right now. So, you know, I just want my son back.” 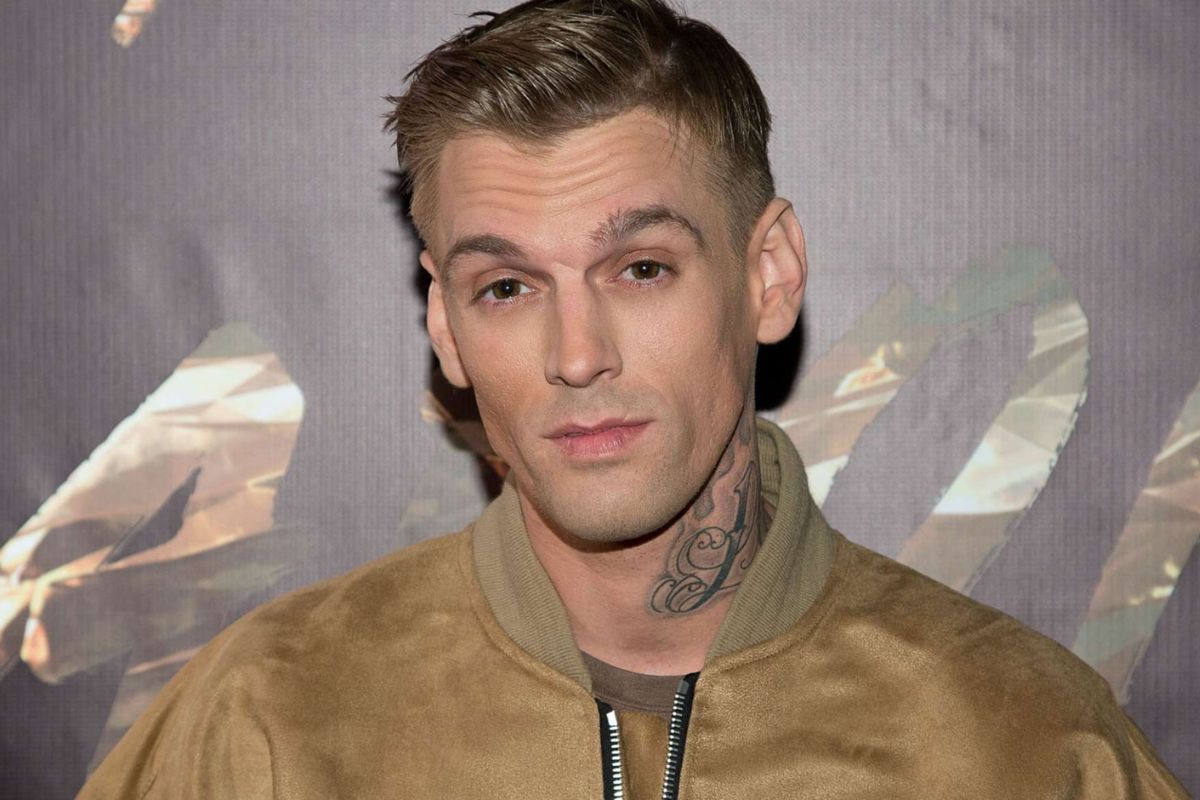 Carter stated that he had a medicinal marijuana cultivation license, but he deliberately took rid of the equipment, plants, and strains he was growing in order to go forward. He also stated that he is permitted to continue using his “regimented drugs,” some of which were prescribed to him during a previous time in rehab. Aaron Carter is in the hospital as his mother takes over his care.

The “I Want Candy” and “Crazy Little Party Girl” singer revealed that earlier attempts to wean himself off some prescriptions, such as Xanax, ended in his falling into a “really dark depression state” and he “didn’t function normally.”

“Xanax is a part of my scheduled medication that I take from Alo House that was provided to me in treatment,” he explained. Carter claims to have survived more than 100 seizures as a result of his addiction. On social media live streams, the musician was seen slurring his words, acting “out of it,” and seeking Xanax, raising fears about drug addiction. He emphasized that the videos in question are “over-exaggerated” and have nothing to do with narcotic use or addiction and that he does not have a prescription pill or opiate problem.

Carter, the younger brother of Backstreet Boys singer Nick Carter, also stated that his sister died of a prescription drug overdose in 2012 at the age of 25 and that as a result, he “would never overpower” his medication. Carter is mostly alienated from his family, including his twin sister Angel Conrad, accusing them of attempting to place him under conservatorship at one point.

He also discussed his treatment plan and how having a parent has given him a new perspective. “It’s an abstinence program,” he explained, “and I work with an individual counselor.” “I do group counseling, parenting programs, domestic abuse classes, CPR certification, and a variety of other things.” Being a parent is new to me, but it’s turned out to be a lot of joy and excitement, and it’s opened up a new chapter in my life. It’s been incredible.”

Aaron Carter rejects his brother Nick Carter‘s restraining order accusation. Carter and Martin’s relationship had been on and off for years, and they split weeks after their baby was born, accusing each other of domestic violence at one time. (Martin claimed earlier this year that Carter shattered three of her ribs during a fight, but then admitted on Instagram that she made up the “untrue” charges due to postpartum depression, according to Page Six.)

Martin appeared at the beginning of Carter’s video on Tuesday, saying that they are “figuring out what we’re doing right now” and “getting there.” Carter reportedly spent $200,000 this year on care to make them a “fully functional family,” according to the Sun, and he and Martin have expressed a desire to marry at the Chautauqua Institution in upstate New York.

Your indispensable guide to the arts in Los Angeles. For the Los Angeles Times, Nardine Saad covers breaking entertainment news, trending culture themes, celebrities, and their families. She joined The Times as a MetPro trainee in 2010 and has covered homicides, flooded canyons, red carpet premieres, and award shows.

Sheryl Lee Ralph accepts the award for outstanding supporting actress in a comedy series for “Abbott Elementary” in the press room at the 74th Primetime Emmy Awards on Monday, September 12, 2022, at… A kissy-faced woman with light blonde and pink hair and hoop earrings.

Alex Rodriguez & Kathryne Padgett Divorce: is He Thinking of Getting Married Again After Divorce?

Outlander Season 7: Everything We Know So Far!

Russian Journalist Sentenced To 24 Years In Prison For…