Divorce is More Prevalent Among Albatross Couples with Introverted Males, according to a New Study

The wandering albatross is a model of avian monogamy. The beautiful glider is known to mate for life, breeding with the same bird season after season, in between long sea trips. However, on rare occasions, an albatross pair will “divorce,” a term used by ornithologists to describe situations in which one spouse abandons the partnership for another mate while the other partner remains in the flock. Divorce rates vary greatly across the bird world, with wandering albatrosses having a comparatively low divorce rate.

Nonetheless, the massive drifters can split up. Scientists at MIT and the Woods Hole Oceanographic Institution (WHOI) discovered that, at least for one species of wandering albatross, whether a couple will divorce is determined by one essential factor: personality.

The team claims in a study published today in the journal Biology Letters that the male partner’s “boldness” has a strong influence on the likelihood of divorce in an albatross relationship. The more daring and assertive the guy, the more likely the duo will remain together. The shyer the male, the more likely the couple will split.

According to the researchers, this is the first study to relate personality to divorce in a wild animal species. We expected that because bold males are more aggressive, they would be more likely to divorce,” explains research senior author Stephanie Jenouvrier, an associate scientist and seabird ecologist in WHOI’s FLEDGE Lab. 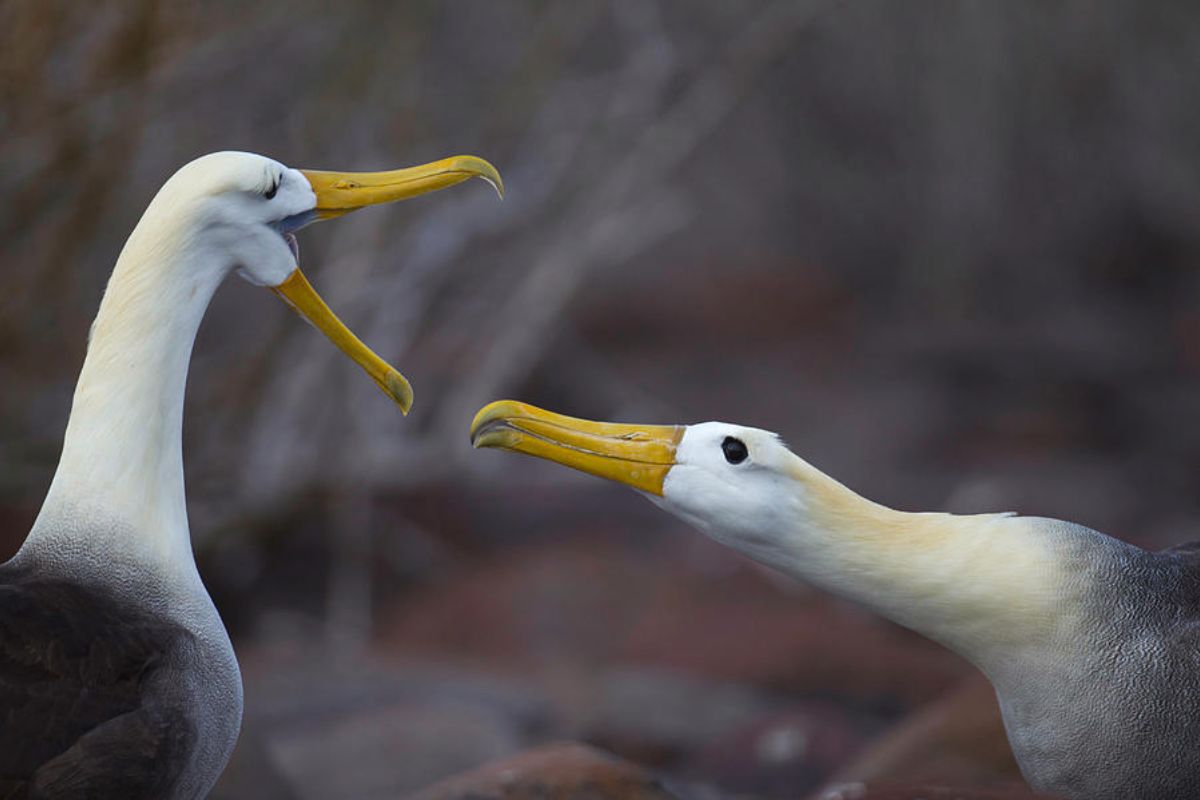 “Rather, we see more shy divorces because they are more likely to be compelled to divorce by a more competitive intruder.” We anticipate that personality will influence divorce rates in various species, but in different ways.” According to the study’s lead author, Ruijiao Sun, a graduate student in the MIT-WHOI Joint Program and the MIT Department of Earth, Atmospheric, and Planetary Sciences, this new evidence of a link between personality and divorce in the wandering albatross may help scientists predict the population’s resilience.

Sun describes the wandering albatross as a “vulnerable species.” “Understanding the impact of personality on divorce is critical because it allows researchers to predict the repercussions for population dynamics and execute conservation initiatives.” Joanie Van de Walle of WHOI, Samantha Patrick of the University of Liverpool, and Christophe Barbraud, Henri Weimerskirch, and Karine Delord of CNRS-La Rochelle University in France are among the study’s co-authors.

The new research focuses on a population of wandering albatross that returns to Possession Island in the Southern Indian Ocean on a regular basis to reproduce. This population has been the subject of a long-term study dating back to the 1950s, with researchers monitoring the birds each breeding season and noting individual pairs and breakups over the years.

This population is biased toward more males than females because female albatross feeding sites intersect with fishing vessels, where they are more likely to be mistakenly trapped in fishing lines as bycatch. Sun previously examined data from this long-term study and discovered an intriguing pattern: those who divorced were more likely to divorce again and again.

“Then we wanted to investigate what drives divorce and why some people divorce more frequently,” Jenouvrier explains. “This recurrent divorce pattern is also seen in humans, and it is linked to personality.” And the wandering albatross is one of the few species for which we have demographic and behavioral information.”

That personality data comes from an ongoing study headed by co-author Patrick, who has been measuring the personality of individuals in the same population of wandering albatross on Possession Island since 2008. Personality is described in the study of animal behavior as a consistent behavioral difference demonstrated by an individual. Biologists primarily assess animal personality as a gradient from shy to assertive, or from less to more aggressive.

Patrick’s study examined albatross boldness by observing a bird’s behavior toward a human approaching its nest from a distance of roughly 5 meters. A score is assigned to a bird based on how it replies (a bird that does not respond scores a zero, being the shyest, while a bird that lifts its head, and even stands up, can score higher, being the boldest).

Patrick has conducted many personality evaluations on the same people over the course of several years. Sun and Jenouvrier investigated if a person’s personality has anything to do with their ability to divorce. We saw this recurring divorce pattern and discussed it with Sam (Patrick) to determine whether it could be related to personality,” Sun remembers. “We know that personality predicts divorce in humans, and it would seem natural to draw the same conclusion in wild groups.”

The researchers analyzed data from both the demographic and personality surveys in their current study to see whether any patterns developed between the two. They used a statistical model on both datasets to see if the personality of people in an albatross pair affected the duo’s fate.

They discovered that personality had nothing to influence whether female birds divorced. However, there was a distinct pattern in males: those who were regarded as shy were more likely to divorce, whereas braver males stayed with their partners.

“Divorce is not very common,” Jenouvrier admits. “However, we discovered that the more shy a bird is, the more likely it is to divorce.” But why is that? The team proposes an explanation in their paper, which ecologists refer to as “forced divorce.” They point out that males outweigh females in this specific population of wandering albatross, making them more likely to compete for mates. Males who have already teamed up may encounter a third “intruder” – a male who is competing for a spot in the pair.

“When a third invader competes, hesitant birds may walk aside and give their mates away, whereas bolder ones are combative and will guard and secure their connection,” Sun explains. “That’s why shyer people may have a greater divorce rate.” The team intends to expand its research to investigate how individuals’ personalities influence how the wider community changes and evolves.

Now we’re talking about an individual level connection between personality and divorce,” Sun explains. “However, we want to understand the population-level impact.” Engineers at MIT created a novel model to replicate dynamic soaring and utilized it to determine the best flight pattern for an albatross to capture the most wind and energy. They discovered that when an albatross banks or turns, it should do so in short arcs, practically maintaining a straight, forward trajectory.

In Court, a Woman is Accused of Severing Her…