After the testimony of Dr. Richard Moore, an orthopedist, Dr. David Spiegel, a psychiatrist, will testify against Johnny Depp. This is the sixth trial related to Depp’s defamation lawsuit against his ex-wife Amber Heard.

Heard’s attorneys called in psychologist Dr. David Spiegel to testify as an expert witness, and Elaine Bredehoft interrogated him to support their case against Depp. Meanwhile, Depp’s legal team raised numerous objections to Spiegel’s assessment and cross-examined him on his expertise related to the charges he made against the actor.

Spiegel also offered his expert opinion on the allegations that Johnny Depp’s drug use had damaged his memory. Psychologist Dr. Shannon Curry was also brought in by Depp’s legal team in late April. She revealed at the time that Heard had been diagnosed with Borderline and Histrionic Personality Disorders.

There’s a rumor going around that Amber Heard’s lawyer Elaine Bredehoft is so INCOMPETENT that she contacted and hired the wrong Dr. David Spiegel to testify for Heard!

From the beginning of his evidence, Spiegel gave the impression that the actor’s actions during his marriage to ex-wife Amber Heard were a direct result of his substance misuse. Dr. David Spiegel further disclosed that he had repeatedly requested an interview with the 58-year-old actor best known for his role in Pirates of the Caribbean but had been turned down.

The doctor was questioned during the trial about whether or not he believed Johnny Depp’s history of drug abuse had impeded his mental capacity. Spiegel was also questioned about if he believed Depp’s acting skills were impaired.

During his drug use, a board-certified psychiatrist claimed he knew Johnny Depp had to be administered lines during some performances. Dr. David Spiegel not only speculated that the actor’s “thinking rate” and memory had suffered but also argued that the former had been impacted. 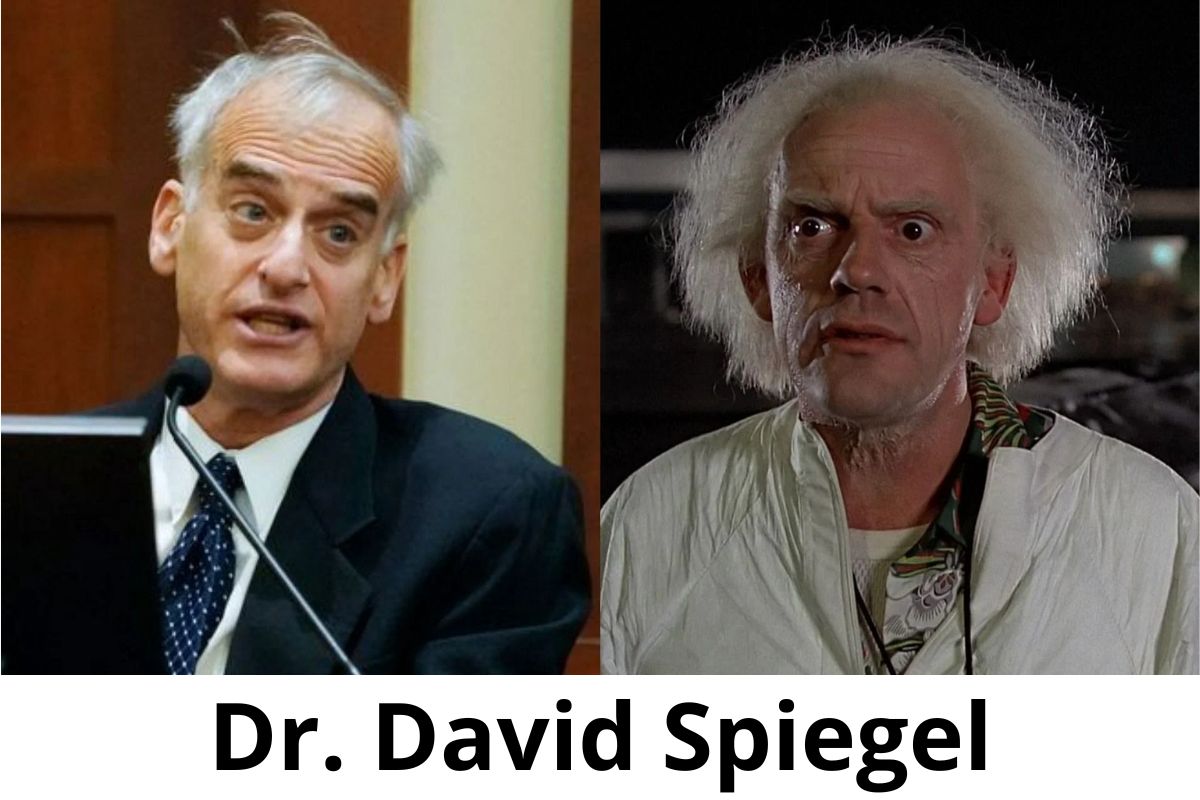 According to him, Depp’s ex-therapist made him memorize three words for five minutes and recite them. On the other hand, the actor reportedly forgot his lines. Doctor Spiegel continued:

This is extremely out of the ordinary for a man of Mr. Depp’s age (about 50) and he couldn’t remember any of them.

He mentioned Johnny Depp’s alleged participation in intimate partner violence and indicated that the actor’s behavior was recurring.

It was Spiegel who made the following statement.

“Mr. Depp shows actions that are consistent with someone that both have substance use disorder as well as behaviors of someone who is a perpetrator of intimate partner abuse.”
According to the Centers for Disease Control and Prevention (CDC), domestic violence against a partner is known as Intimate Partner Violence (IPV). This can manifest as unpredictable, aggressive behavior toward current or previous partners. Abuse of any kind is unacceptable, including physical, s*xual, psychological, and other forms.

Aside from that, Dr. David Spiegel has stated:

“As human beings, we’re all susceptible to anger and negative judgment. We don’t typically exhibit these traits when our brains are healthy and functioning normally. The ultimate goal of abusive relationships is to exert control over one another.”

Dr. David Spiegel, a psychiatrist in Virginia, claims to have dealt with thousands of patients, about 75% of whom had problems with substance misuse. Current position for Spiegel: professor at EVMS in East Virginia. From what can be gleaned from his biography, he came to work for the institute as a psychiatrist in 2001, after having spent the previous decade in private practice.

After earning his MD at SUNY Health Science Center in Brooklyn, Spiegel went on to pursue residencies in psychiatry at Dartmouth-Hitchcock and Hershey-Penn State. From Duke University, he earned a degree in psychology, too. His EVMS profile suggests that he is an

To quote his bio: “His research interests include the integration of cognitive therapy and psychopharmacology for anxiety and mood disorders, as well as behavioral treatments for geriatrics.”
Spiegel has been certified as a psychiatrist by several different boards, including the American Board of Psychiatry and Neurology/Psychiatry. In addition, he was named 2018’s Top Doctor by Virginia Living.

A Man Was Killed in a Stabbing in Nanaimo, and Two Peoples Are In Custody!

Case of 10-year-old boy found dead with mother: The…