All Missing People Have Been Found After Severe Flooding in Virginia!

More than 40 people were missing after a torrential downpour ripped homes from their foundations and destroyed roads and bridges in a rural Virginia county.

Buchanan County Sheriff Chief Deputy Eric Breeding said during a press conference on Thursday that search crews worked through the night and into the next morning in the flooded areas to aid in the recovery of the 44 people who had been reported missing.

There are no unaccounted-for people in the affected region, Breeding added. “We’re also pleased to inform you that there have been no deaths.”
According to CNN meteorologist Robert Shackelford, six inches of rain fell in only a few hours Tuesday in western Virginia. The area’s steep terrain enables rain to concentrate quickly, resulting in the dangerous runoff, according to the report.

Missing people searches in Buchanan County were described as “monumental” by search and rescue specialist Billy Chrimes of the Virginia Department of Emergency Management.
According to Chimes, the state assisted with the use of six squads. “Just to make sure that we don’t have anyone else out there,” Chrimes added, “several search operations.”
It is anticipated that the search activities will be completed by Thursday afternoon, he added.
Within a few hours of the storm’s arrival, significant flooding and traffic closures had been recorded. It rained for four hours starting at 8 p.m. Tuesday, according to radar estimations, which correspond to a rain event with a 1-in-1,000 chance of occurring in a given year.
“As we were in this post office over there, the house began to float down through that opening. We had hoped it would wash away. Two houses were wiped away in the storm “CNN affiliate WCYB spoke with Seth Owens, a resident.
A state of emergency was announced by Virginia’s governor to aid with recovery operations.
After a flash flood in Whitewood, Virginia, on Thursday, July 14, 2022, a house was shifted off its foundation.
According to the National Weather Service, Thursday and Friday are expected to be sunny, with temperatures in the lower to mid-80s, before a modest possibility of rain Saturday and a more significant risk Sunday and Monday. One of the numerous storms that remained into the night over the region included the one that caused extensive damage. 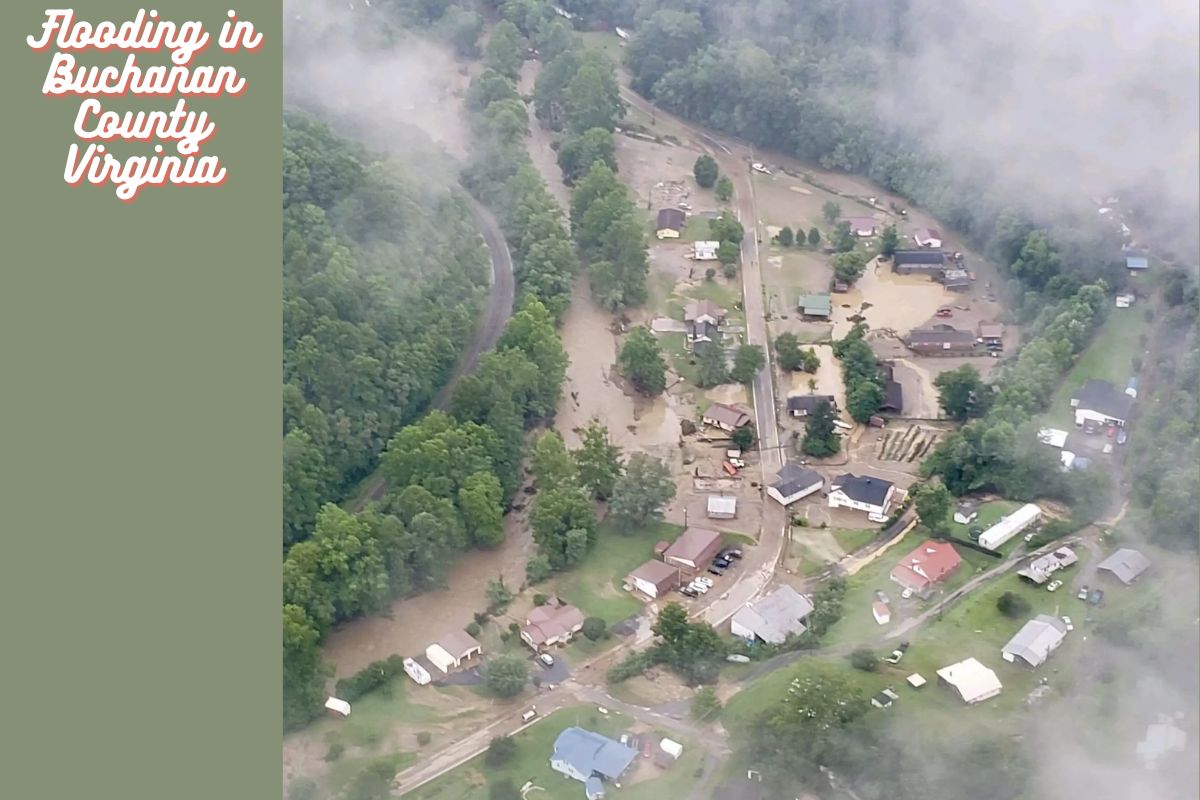 According to a CNN study of a report from a nonprofit climate research group, First Street Foundation, this region of Appalachia is among the most vulnerable to flash flooding in the country, with many regions also at risk due to the increased threat of heavy rain.
By increasing rainfall or the amount of rain that falls quickly, the climate crisis contributes to flash floods as well. Extreme rainfall is more likely in a warm atmosphere because of the increased capacity to hold water.

Driveways ‘Fell Down the Mountain’

Events like this, in which large volumes of water are poured down quickly, are on the rise “in frequency and severity in the Southeast, and there is high confidence they will continue to grow in the future,” according to the US government’s current National Climate Assessment.
Around 8:30 p.m. on Tuesday, the National Weather Service issued a flash flood warning for Buchanan County. Local authorities began reporting widespread flooding and road closures about two hours after the initial incident.

Following a flash flood, chairs and pews fall into the mud at Baptist Bible Church in Whitewood, Virginia, on July 14, 2022.
Dominick Fragoso, a Whitewood resident, reported that the water reached his kneecaps during the recent storm.

As Fragoso said to the station, “One of our neighbors’ driveways entirely crumbled and plummeted down the mountain and plunged into the creek. ”
According to Sevier County Assistant Mayor for Governmental Affairs Perrin Anderson, the storm system also impacted the Greenbrier Campground in Gatlinburg, Tennessee, where more than 400 people were evacuated after more than 8 inches of rain fell on Wednesday.
According to Anderson, the Little Pigeon River’s Middle Prong washed away “debris and automobiles from the campground.”

Following a flash flood in Whitewood, Virginia, on Thursday, July 14, 2022, a bridge is clogged with debris.
Billy Chrimes, a search and rescue specialist with the Virginia Department of Emergency Management, estimates that more than 100 homes were damaged in southwest Virginia.

To get in, “it’s going to take some time,” Chris remarked.
Several roads and bridge approaches were washed away by the storm, he said.

“In the aftermath of the tragedy, I want Virginians in Buchanan County to know that we are making every resource available to support anyone touched by this disaster,” Governor Glenn Youngkin stated in a statement. “Please join me in prayer as we lift our fellow Virginians devastated by this tragedy while the search and recovery efforts continue.”

Torrential rain fell at a different time than previously reported. It was the middle of the week.