Suspicious Insider Claims That Harrison Ford and Calista Flockhart Are Having Trouble Staying Together and Are Apparently Leading Separate Lives!

How likely is a divorce between Harrison Ford and Calista Flockhart? One tabloid claims the pair is having trouble staying together. The Hollywood big wigs deserve a status check, so let’s do it.

Calista Flockhart’s marriage to Harrison Ford is reportedly having trouble dealing with her renewed focus on her business, as reported by Woman’s Day this week. There have been rumors that the Ally McBeal star, fresh off her critically acclaimed performance in Who’s Afraid of Virginia Woolf? is planning a return to Broadway.

A PAIR OF SILK STOCKINGS is a farce about marriage, divorce and, well, stockings. It stars Constance Talmadge and Harrison Ford (not that one) as an estranged couple who discover a little nighttime robbery can do wonders for their love life.https://t.co/9hDhzCPmRu pic.twitter.com/6Ccn1oKobc

Sources say Calista wanted to be closer to Liam, who is enjoying life on the east coast, and try her hand at acting by moving the family to New York for a spell. While Harrison continued to work for the most part, “she put her career on vacation to be a parent.” Sources say Flockhart’s hopes were shattered when Ford committed to two highly anticipated TV projects, Apple+’s Shrinking and Paramount+’s 1932.

A “friend” of the pair says, “His decision to dabble in streaming series so late in life was confusing to Calista’s pals, given how much she’s been looking forward to doing her own thing without being separated from him.” “At his age and with a fortune of more than $300 million, there’s not a damn good reason he’d want to put himself through it, much less Calista, who deserves her own time in the sun… There’s cause for concern that they can’t seem to agree on anything.

Even though the magazine claims to have inside information about Harrison Ford and Calista Flockhart thanks to their unnamed “friend,” they continue to demonstrate that they do not know the actors. First of all, since making his debut in Star Wars in 1977, Ford hasn’t taken any time off (save during the COVID-19 pandemic). Considering Ford’s lack of public retirement hint, we find it highly unlikely that he has been intentionally misleading his wife.

Also, we fail to see why Flockhart would take Ford’s professional history personally. Their son is an adult, so it’s not as if they need one of them to stay at home with him. A trip to New York from Los Angeles may seem daunting, yet Flockhart has just been spotted traveling solo in the couple’s $18.8 million private jet. 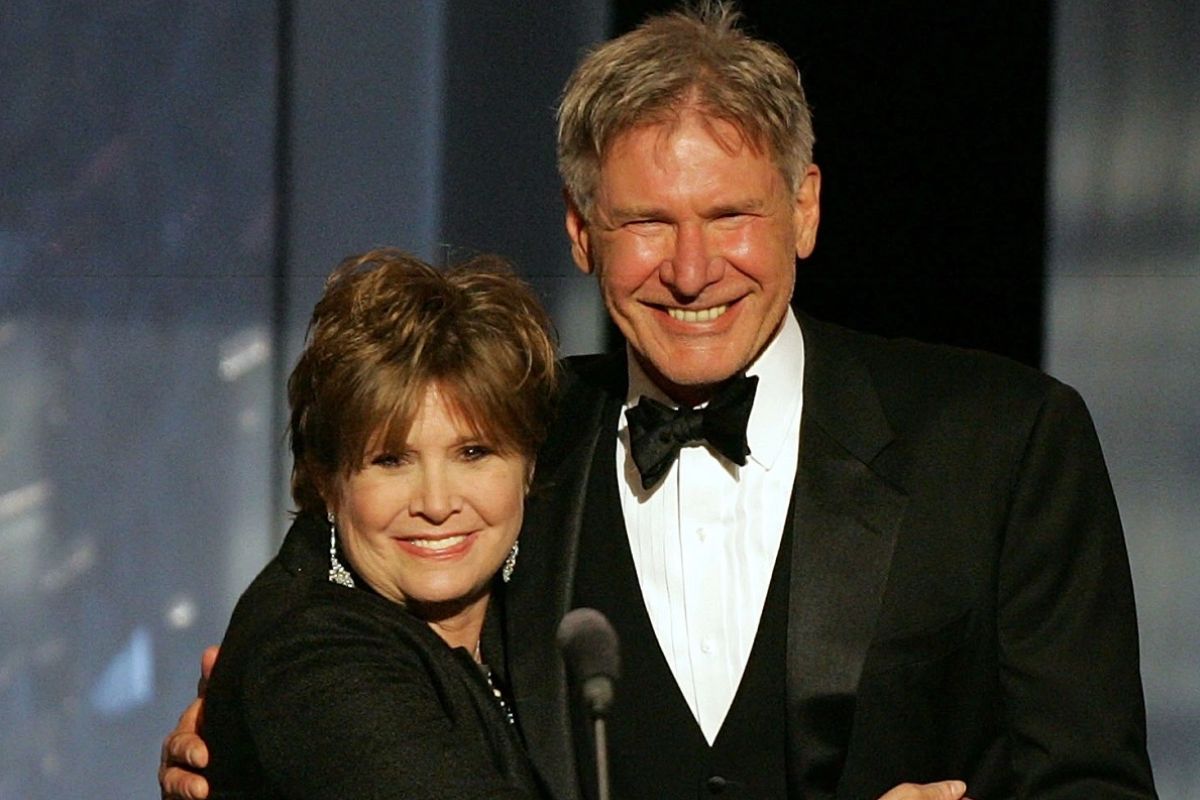 Finally, there is no concrete proof that Flockhart is making an effort to return to the Broadway stage. We can’t deny the possibility, of course. It’s not the craziest thing we’ve ever heard about a famous person, but it’s not the least plausible, either.

Over a month has passed since Flockhart’s last performance at the Geffen Playhouse, and there has been no mention of any new theatre engagements. As for the couple’s future together, only time will tell. On the other hand, based on the magazine’s previous coverage, it seems like Flockhart and Ford are doing quite great.

When it comes to celebrity breakups, Woman’s Day has a terrible reputation for prematurely announcing them. The news source first reported about the alleged $315 million divorce settlement between Ashton Kutcher and Mila Kunis in 2020.

The tabloid later claimed that Felicity Huffman and William H. Macy were “living different lifestyles.” Moreover, the tabloid has lately claimed that Portia de Rossi and Ellen DeGeneres were on the verge of divorcing. There’s no denying that Woman’s Day isn’t privy to any celebrity couple’s secrets.

To What End Did Gary Owen’s Marriage Break Up? Comedian Discusses His Long-standing Rift With His Wife and Children at Length!