Ian, a post-tropical cyclone, was heading farther inland Friday night after pummeling South Carolina with powerful gusts and a damaging storm surge, less than two days after killing at least 45 people and leaving an apocalyptic path of ruin in Florida. As a Category 1 hurricane, the storm made its second landfall in the United States Friday afternoon near Georgetown, South Carolina.

According to the National Hurricane Center, it was still packing 60 mph winds Friday night but was anticipated to weaken overnight and evaporate over North Carolina or Virginia late Saturday. Flash flooding was possible in sections of North and South Carolina, as well as southeast Virginia, Friday night, and the storm also threatened parts of eastern North Carolina and southeast Virginia with tornadoes until Saturday morning, according to the hurricane center.

Ian made landfall as a powerful Category 4 hurricane on Florida’s southwestern coast two days earlier, destroying coastal villages, turning highways into streams, and leaving damage and debris in its wake. As towns in the Sunshine State began to pick up the pieces after the catastrophic hurricane, officials in South Carolina began analyzing the damage to their state late Friday. Authorities were documenting the damage Friday night at Pawleys Island, a coastal South Carolina town about 70 miles north of Charleston.

Due to the storm, two piers in the state – Cherry Grove Pier in North Myrtle Beach and Pawleys Island Pier – partially collapsed. Although the water had retreated on the two causeways, Pawleys Island police announced that no one would be allowed back on the island until safety checks were completed in the morning. According to poweroutage.us, more than 128,000 consumers were without power across the state as of 9:30 p.m. Friday. More than 330,000 people in North Carolina were without power, and more than 1.4 million were in Florida. 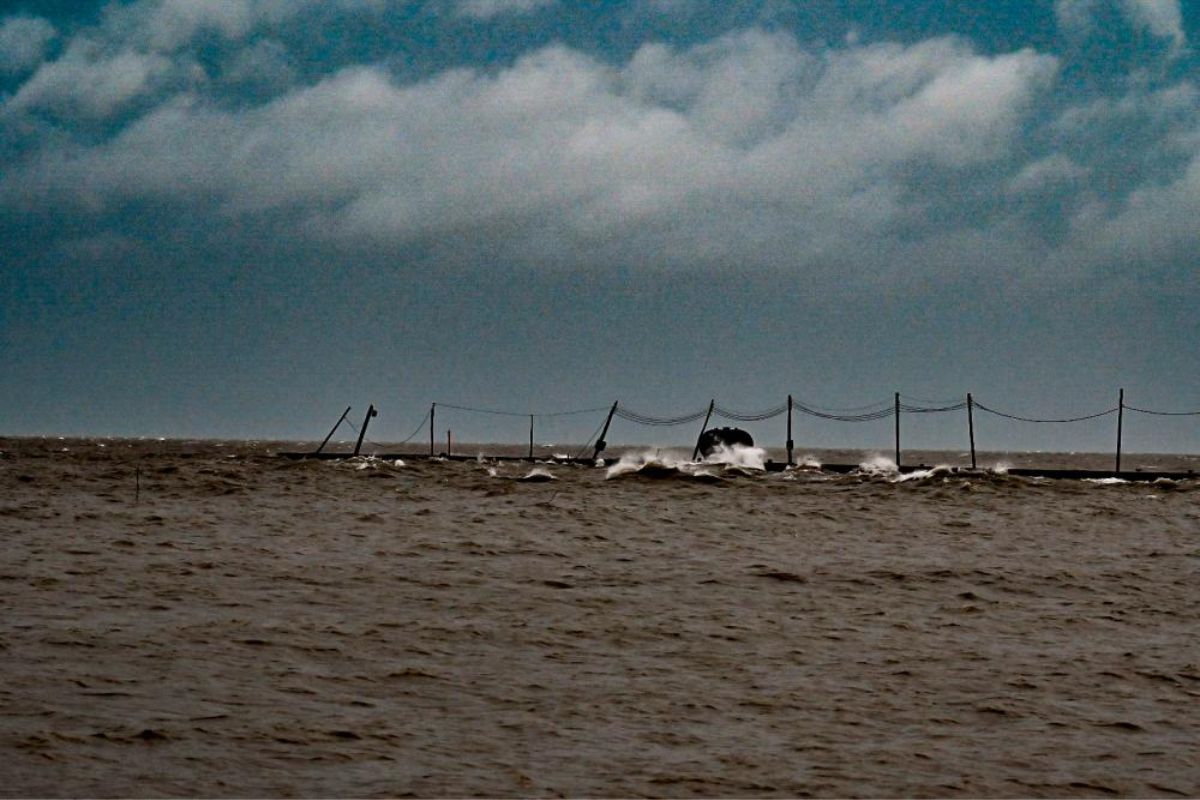 Inside homes, there is knee-deep water. Kyle Faust of North Myrtle Beach, South Carolina, waded through knee-deep water inside his home Friday after the hurricane passed through. Officials said Friday night that personnel was doing damage assessments and clearing debris around Horry County, where the city is located, while some highways remained closed.

Myrtle Beach Police advised citizens to stay indoors and avoid driving on flooded roads. “It’s a fairly terrible sight,” Myrtle Beach Mayor Brenda Bethune said of Hurricane Ian earlier. “There are far too many cars passing past.” And I believe that most people are unaware of how risky it is to be out in these conditions. We’ve seen so many automobiles become stuck that emergency services have to go out and rescue people.”

According to a news release from Charleston County, shelters will remain open until 4 p.m. on Saturday. Saturday am, buses will begin transporting people from the shelters back to their original pick-up places. South Carolina Gov. Henry McMaster remarked, “A lot of prayers have been answered.” “This storm isn’t as bad as it could have been, but don’t relax just yet.” We’re not out of the woods yet; there’s still water on the roads, strong winds, and perilous conditions in many sections of the state.”

The airfield at Charleston International Airport closed Friday due to severe winds and was extended until Saturday AM, according to the airport. At least 45 people have been reported killed in Florida. Meanwhile, Florida was presented with the dizzying wreckage Ian wreaked across much of the peninsula on Wednesday and Thursday after slamming into the southwest coast and plowing across central and northeastern districts.

Jenna Fountain carries a bucket down Regency Drive in Port Arthur, Texas, on September 1, 2017, to try to recover items from their flooded home. Residents of Houston and other Texas cities began returning home to evaluate the damage caused by Hurricane Harvey, but officials warned that the threat in some areas of the battered state was far from gone.  Here’s how to obtain help, stay safe, and keep your sanity in the aftermath of a deadly catastrophe.

In the state, at least 45 people have died. Among them were friends of Kevin Behen, who told CNN on Friday night that he knew of two men who died trying to get their spouses out of the home they were all sheltering in as it began to flood. Behen explained, “These males shoved their wives out the windows to where there was a tree.” “They simply looked at their wives and said, ‘We can’t hold on any longer, we love you.'” ‘Bye,’ and that was the end of it.”

Homes on the coast were washed out to sea, buildings were crushed across the state, and floodwater destroyed homes and businesses and stranded individuals, even inland in towns like Orlando. Hundreds of rescues by land, air, and sea have taken place, with residents trapped in homes or stranded on rooftops, and searchers have conducted numerous welfare checks, particularly in the Fort Myers and Naples districts, where a storm surge swamped streets and residences.

“It was as if someone had dropped from the skies and scooped up hotels and buildings and taken them away,” Lee County manager Roger Desjarlais said. “We also know that fewer people evacuated from those islands than we had hoped.” We know there must be many fatalities that have yet to be identified.”

According to an estimate by property analytics firm CoreLogic, Ian may have caused up to $47 billion in insured losses in Florida, making it the second-most expensive hurricane in the state’s history when adjusted for inflation after Hurricane Andrew in 1992.  President Joe Biden continued to commit federal assistance to Florida in the aftermath of the storm, which he said was “certain to rank among the worst… in the nation’s history” and will take “months, years” to reconstruct.

And the storm’s aftermath introduces new, lethal threats. Officials have warned that some standing water is electric, and that driving through debris-strewn houses and streets, many of which lack working traffic signals, could result in damage. Heart disease can result from a lack of air conditioning, and incorrect generator operation can result in carbon monoxide poisoning. Many people are without homes, water, or power.

According to Claudette Smith, public information officer for the sheriff’s office in Charlotte County, located north of Fort Myers, the county is in critical need of assistance as emergency services continue to be overwhelmed.”To put it simply, we require everything. “We need everyone on board,” Smith emphasized. “The folks who have come to our aid have been extremely helpful, but we still require everything.”

What is Rhogam Shot? Is It Important Taking a Rhogam Shot After Miscarriage

Alex Honnold Net Worth; How Wealthy is He, Exactly? Some…