Jonathan Niven Cryer (born April 16, 1965) is a writer, director, and producer from the United States. He made his cinematic debut as a young photographer in the 1984 romantic comedy No Small Affair; his breakthrough part came in 1986, in the John Hughes-written classic Pretty in Pink. He created and directed the independent film Went to Coney Island on a Mission from God… Be Back by Five in 1998.

Despite his early film success, it took him several years to find success on television, as none of his star vehicles, including The Famous Teddy Z, Partners, and The Trouble with Normal, lasted more than 22 episodes. In 2003, he was cast as co-lead Alan Harper on the CBS comedy Two and a Half Men, which was a tremendous hit for twelve seasons and earned him two Primetime Emmy Awards (in 2009 and 2012). In 2011, he was honored with a star on the Hollywood Walk of Fame for his contributions to television.

Cryer has also been in the films Superman IV: The Quest for Peace (1987), Hiding Out (1987), and Hot Shots! (1991), Holy Man (1998), Tortured (2008), Shorts (2009), and Hit by Lightning (2010). He has also appeared as Lex Luthor in recurring roles on the CW shows Supergirl, Arrow, and Batwoman. Following his appearance on the podcast Crime Writers On…, it was revealed that he would be joining the Undisclosed podcast for their second season. 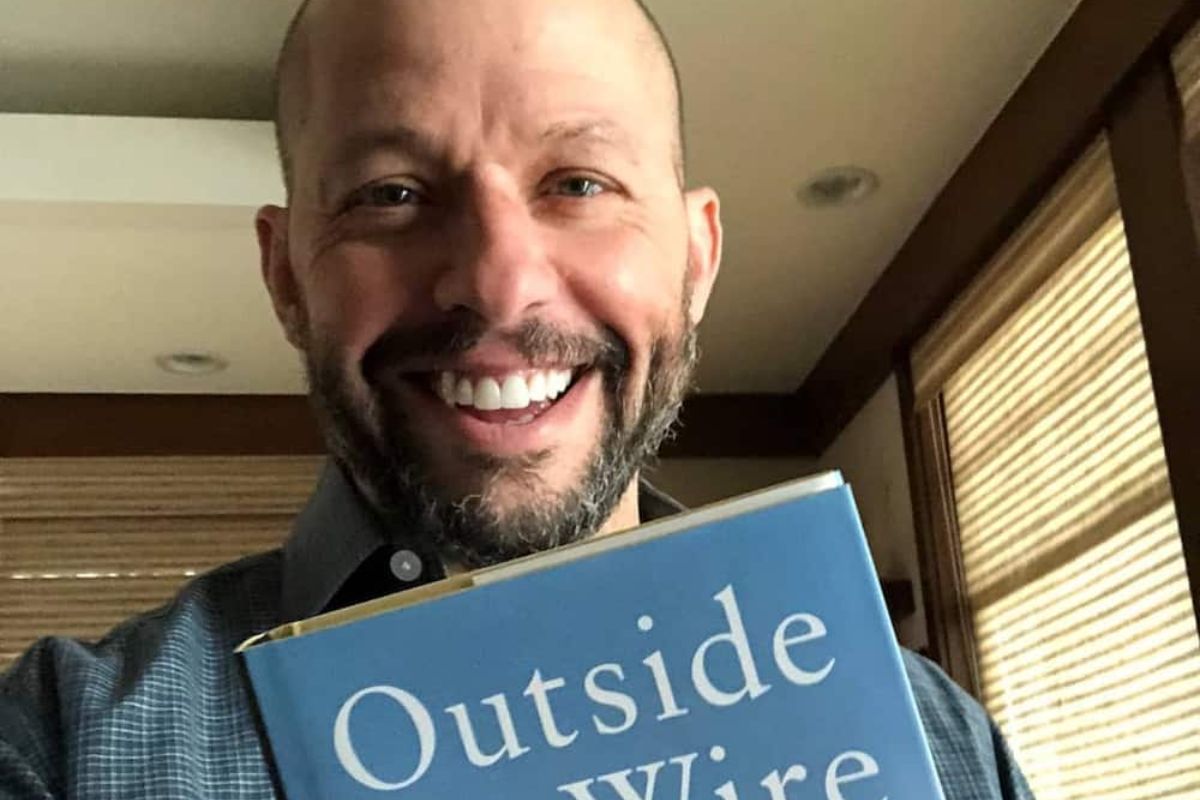 Cryer was born in the city of New York. Gretchen Kiger, his mother, is a dramatist, songwriter, actress, and singer. Donald David Cryer, his father, is an actor and singer who originally wanted to be a priest. The Rev. Donald W. Cryer, his paternal grandpa, was a notable Methodist clergyman. Robin and Shelly are his two sisters.

Cryer decided to become an actor when he was twelve years old. When his mother heard this, she advised him to have a backup plan and remarked, “Plumbing is a really decent career.” Cryer attended Stagedoor Manor Performing Arts Training Center as a teenager for three summers and graduated from Bronx High School of Science in 1983. He went to high school with screenwriter and filmmaker Boaz Yakin.  He skipped college and went to the Royal Academy of Dramatic Art in London, England, for a summer short study in Shakespeare, much to his mother’s “extreme displeasure.”

Cryer’s first professional acting role was as David in the Broadway play Torch Song Trilogy, when he “closely resembled” Matthew Broderick. He played the part again in San Francisco and Los Angeles. He also appeared as a stand-in and replacement for Broderick in the original Broadway production of Neil Simon’s Brighton Beach Memoirs in 1984.

Cryer played Charles Cummings in the 1984 romantic comedy film No Small Affair when the original production with Matthew Broderick was canceled due to director Martin Ritt’s heart attack. He went on to play minor roles in films and television shows. Cryer made his feature film debut as Philip F. “Duckie” Dale in John Hughes’ Pretty in Pink. Cryer’s mother Gretchen told the Daily News that following Pretty in Pink, she began receiving calls from teenage girls all over the world, who would leave hysterical, giggling messages on her answering machine.

Cryer later played a stockbroker on the run from Mafia hitmen in the 1987 picture Hiding Out. Gretchen, his mother, played his aunt. The picture was a financial success, but Cryer’s performance as a much older figure was widely lauded. He landed the lead role in the TV comedy series The Famous Teddy Z in 1989. His performance received negative feedback, and the show was terminated after the first season.

Cryer played Sandy in an Off-Broadway production of Carnal Knowledge in 1990.  That same year, he co-starred in the Jim Abrahams comedy Hot Shots! with future Two and a Half Men costar Charlie Sheen, which was well appreciated.  Cryer’s name is usually associated with the Brat Pack.  Cryer revealed in a March 2009 interview on any time with Bob Kushell that he auditioned for St. Elmo’s Fire but was not cast in a role.

While performing in a play in London in 1993, he was asked to audition for the role of Chandler Bing on Friends. A British casting agent videotaped his reading, but the footage never arrived in the United States before the network made its final selection. He was cast as Bob in the sitcom Partners in 1995, which, like his previous program The Famous Teddy Z, was canceled after one season. He commented in an interview with Time Out New York, “Hey, every show I’m in is canceled. Consider this: George Clooney was in 28 pilots or something like that.

It has no meaning.” He created, produced, and co-starred in the film Went to Coney Island on a Mission from God… Be Back by Five after appearing as a guest on shows such as Dharma & Greg and The Outer Limits. It premiered at the Los Angeles Film Festival in 1998 and received great reviews from reviewers. Playboy Magazine’s Leonard Maltin described it as “a breath of fresh air.”  Cryer also appeared in the Fox sitcom Getting Personal that year, opposite Vivica A. Fox and Duane Martin. Although the show was renewed for a second season following its brief spring run, it was terminated that October after only 17 episodes.

Cryer married British actress Sarah Trigger in 1999 and has a son, Charlie Austin, with her. In 2004, they divorced. He announced his engagement to entertainment reporter Lisa Joyner on a February 2007 episode of The Tonight Show with Jay Leno, whom he married in Mexico in June 2007. They announced the adoption of a baby girl on September 29, 2009.

When Pretty in Pink co-star Molly Ringwald told Out magazine in 2012 that she thought Cryer’s character was gay, Cryer respectfully disagreed and said he had to live with others’ “faulty” gaydar. In addition, he told Jeff Probst in 2012 that when he and Joyner started dating, she wondered if he was gay because “he never kissed me.” Cryer was asked in 2014 if he was “mistaken for gay”; he described himself as “an effeminate heterosexual dork” and joked about never being approached: “Fellas, you’re dropping the ball.”

Joe Manchin Gets a GOP Challenger for His West Virginia…

Alito Denies Being a Part of the 2014 Contraceptive Case…