Reality Housewives of Beverly Hills: Kyle Richards’ Ex-husband Guraish Aldjyfrie and the Reasons for Their Split!

On this season of The Real Housewives of Beverly Hills, Kyle Richards is discussing her first marriage with Guraish Aldjyfrie. Since the first season of RHOBH, viewers have seen Kyle and Mauricio Umansky happily married. Many happy domestic memories have been revealed by the original housewife. Kyle’s eldest daughter, Farrah Aldjyfrie, is fathered by her ex-husband, but nobody really knows much about him.

Kyle has put forth a lot of effort to put to rest the persistent gossip that Mauricio is an unfaithful man. In the wake of Lisa Vanderpump’s and Brandi Glanville’s claims of infidelity toward her husband Mauricio, Kyle has taken up the cause of her spouse on RHOBH and has been fighting back against the ladies ever since season 4.

The couple has been together for nearly 26 years and has four kids together: Portia, Alexia, Sophia, and Farrah (Kyle’s daughter from a previous marriage). Little information has surfaced over the years regarding what went wrong in Kyle’s first marriage. The fans haven’t delved into Kyle’s past with Quraish because they’ve been too distracted by Mauricio’s beautiful looks and the cheating suspicions that suddenly ceased appearing on the show.

All that changed in a recent BravoTV sneak peek as Kyle decides to open up about her divorce. While Guraish has made small appearances over the years to commemorate milestones for their daughter Farrah, not much is known about what precipitated their breakup in the early 1990s.

“My ex-husband never got remarried,” Kyle told the group, adding, “And I feel so horrible because honestly, he’s such a lovely guy.” When it came to why the pair separated, Kyle, whose style has evolved on RHOBH, reveals she wasn’t ready for such a large commitment at that time in her life.

“He had feelings for me. We have a beautiful daughter together. I loved him. And, well, I was simply too young to be married,” Kyle remarked. She acknowledged still having true care for Guraish despite them divorcing so young. “We both always put Farrah first,” she added. 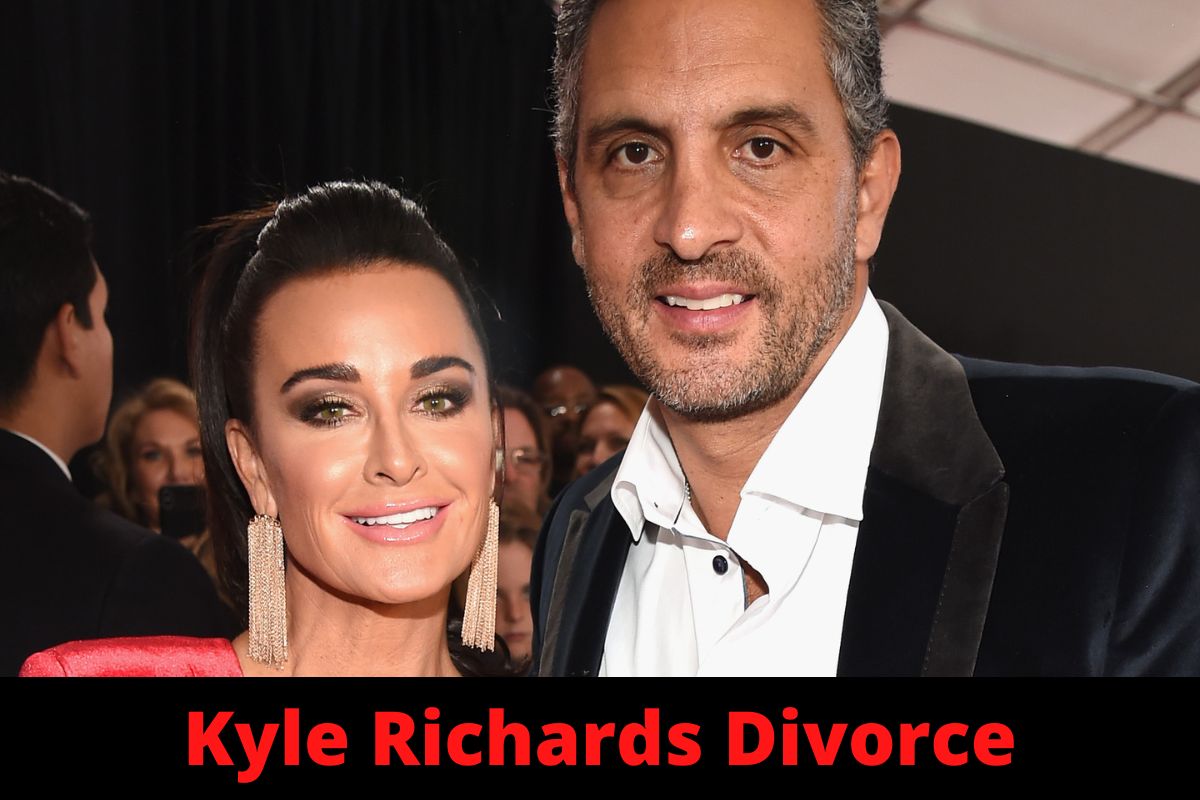 Flashbacks showed Kyle and Guraish beaming together during Farrah’s graduation in 2010. Kyle also remarked on the friendly relationship between Quraish and Mauricio. Farrah thanked “the incredible men who made me who I am today” on Father’s Day in 2021, calling Guraish and Mauricio “the ones I have always looked up to.”

Kyle’s confession marked the first time she discussed her divorce from her first spouse and the reasons for it. Kyle, who RHOBH viewers love to despise, has been married to Mauricio for nearly 30 years, so she has probably given her previous marriage very little thought in quite some time. She hasn’t been very open this season on RHOBH, but her divorce confession was refreshing.

The show’s teaser hinted at some family strife between Kyle and her sister Kathy Hilton, but there are “larger fish to fry.” Fans are waiting impatiently to see the drama unfold as it appeared like Lisa Rinna was the one to stir the pot in the sister quarrel. OG of the Real Housewives of Beverly Hills is notorious for her on-screen rivalries with her sisters. Her grudge match history with Kim Richards helped launch the series. Since befriending Kathy, Kyle has been able to divert attention from suspicions about her spouse by dealing with issues between her sisters.

Tisha Campbell Legally Dropped “Martin” From Her Name Two Years After Her Divorce!

Magic For Humans Season 4 => What We Know So Far