The love tale of Eddie Cibrian and Leann Rimes has about as many twists and turns as a Lifetime movie. And, ironically, there is where their narrative begins. They met on the set of a Lifetime movie called Northern Lights in 2008, while both were married to other people: Cibrian to Brandi Glanville, who went on to join The Real Housewives of Beverly Hills, and Rimes to Dean Sheremet, a backup dancer.

Off-screen, Rimes and Cibrian had a brief romance that was widely publicized in the press in March 2009 and ruined both of their marriages in 2010. Walking through fire together at the start of their relationship appears to have strengthened their marriage more than a decade later. So, who exactly is Eddie Cibrian? Cibrian began his career in soap operas and primetime dramas before the adultery scandal that terminated one relationship and began another. He was most recently seen in Netflix’s Country Comfort, opposite Katharine McPhee. He is a first-generation American of Cuban descent.

Cibrian was born in Burbank, California, to Cuban immigrants Carl and Hortensia Cibrian. Following Castro’s ascension to power in 1959, his father’s family emigrated to the United States. His mother’s family fled Cuba shortly after, and the pair eventually met in California, where they both lived.

He has appeared in various films and on popular television shows. Cibrian is most recognized for his work in Third Watch as Jimmy Doherty, Invasion as Russell Varon, CSI: Miami as Jesse Cardoza, and Take-Two as Eddie Valetik. He has appeared in a number of Tyler Perry films, including Good Deeds and The Single Moms Club. Cibrian most recently appeared alongside Katharine McPhee in Country Comfort, a Netflix sitcom series that premiered in 2021.

He was a member of a boy band. Cibrian, in addition to his acting career, briefly sought and gained success in music. He was a member of the soul-pop boy band 3Deep, which included his Young and the Restless co-star Joshua Morrow and Canadian vocalist CJ Huyer. Their debut album, Yes Yes Yes…No No No, was published in 1999, and the track “Into You” even made it into the top ten on the Canadian charts. Despite being one of the more successful Canadian boy bands of the time, 3Deep never made it big in the United States.

For eight years, he was married to RHOBH star Brandy Glanville, with whom he has two children. Eddie Cibrian and Brandi Glanville attend the 8th Annual Academy Awards Viewing Party at Elaine’s in New York, New York, USA.

He divorced Brandy Glanville after cheating on her with Leann Rimes. Cibrian and Rimes made news in 2009 when Us Weekly released images of the co-stars appearing intimate in a restaurant, signaling the start of two equally ugly divorces.

“It was catastrophic. I returned home, passed out in my closet, and cried and cried “In an essay for The Sun, Glanville wrote. “He attempted to persuade me it wasn’t genuine, but I knew it was. In the video, they were sucking on each other’s fingers, but he claimed nothing was occurring. It was completely ridiculous.” 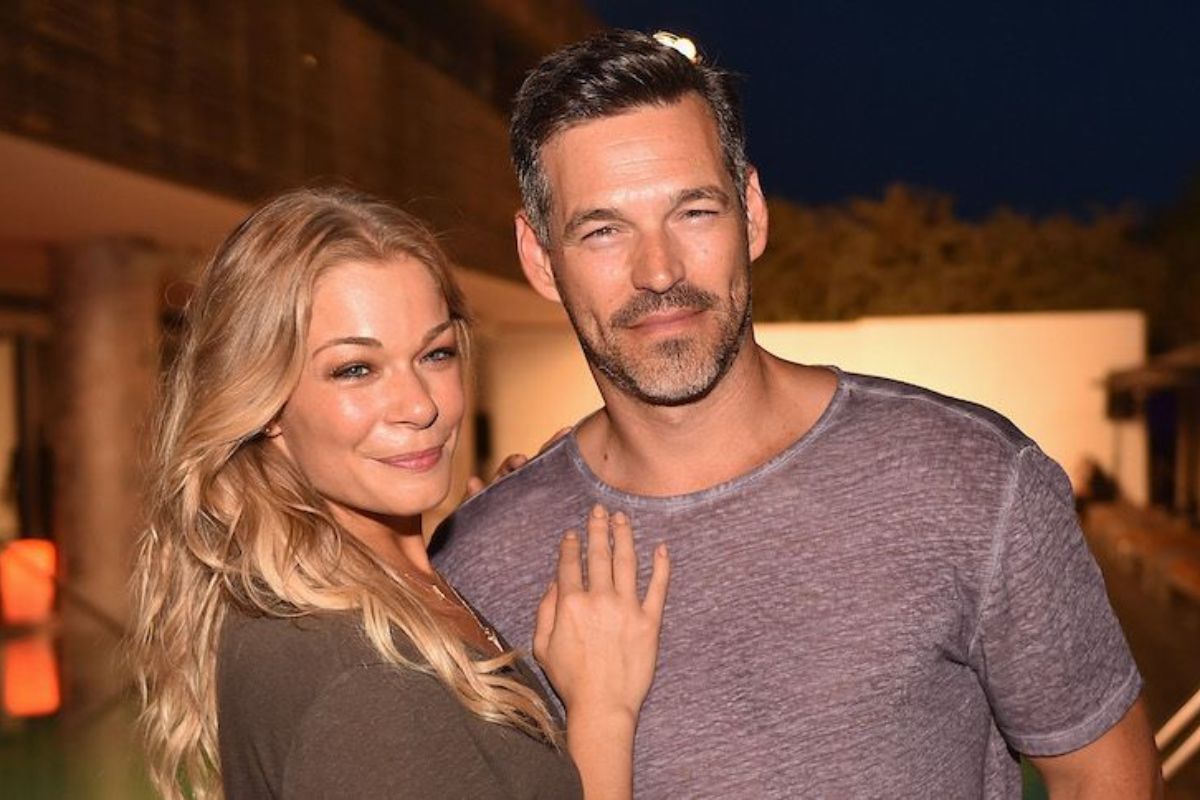 Dean Sheremet, Rimes’ husband, was likewise taken aback by the affair. “Despite the strain, we were still discussing the next chapter, about raising a family,” he told Nat’s Next Adventure. “I remember thinking earlier on, ‘I can’t wait until I’m 30.’ We’ll have a child, slow down a little.’ Cue the f—king disaster.”

He has a history of allegations of cheating. On May 5, 2009, Brandi Glanville and Eddie Cibrian attend the Deleon Tequila launch party at Chateau Marmont’s Bar Marmont in Hollywood, California. Scheana Marie (who went on to become a cast member on Vanderpump Rules) came forward shortly after Cibrian was found cheating with Rimes, alleging she, too, had been in a relationship with Cibrian while he was still married to Glanville and seeing Rimes, according to Us Weekly. In an emotional episode of The Real Housewives of Beverly Hills, Marie sat down with Glanville to discuss the circumstances of the affair.

In a private ceremony, he married Rimes. Eddie Cibrian and LeAnn Rimes attend the 8th Annual World Poker Tour Invitational on February 20, 2010, at Commerce Casino in the City of Commerce, California. Eddie Cibrian proposed to LeAnn Rimes on Christmas Eve in 2010 after the dust had cleared from their divorces. On April 22, 2011, the couple gathered 40 of their closest friends and family members, including Cibrian’s two boys, to an “engagement party,” which turned out to be a surprise wedding.

Back Story: LeAnn Rimes, a 90-minute special that aired on Great American Country two days after the wedding, featured Rimes opening up about her highly public affair. “I know I didn’t do it correctly… It was pretty messy, but I learned a lot from it. I’m not happy it occurred, but I understand why it did.”

He is content with his modern family. Cibrian eventually made up with his ex-wife in 2018 after more than a decade of adultery rumors, divorces, and drama. “We sat and chatted for hours and hammered things out, and the feud with @leannrimes Eddie and I are gone,” Glanville tweeted.

Cibrian, Glanville, and Rimes are good friends who spend holidays and birthdays together. They just celebrated Mason’s 18th birthday together. We’re like sister wives,” Glanville stated on an edition of Dax Holt and Adam Glyn’s podcast “Hollywood Raw.” “Eddie will remain with me for the rest of my life.” We still argue as if we’re married when we’re not… It’s just me, LeAnn, and Eddie.”

Till Then, keep yourself updated with all the latest news from our website unitedfact.com

Khloe Kardashian And Tristan Thompson: A Timeline of Their…