Turns out, there was a bright side to Lindsie Chrisley’s split from husband Todd.

The reality star discussed the healing of her relationship with her estranged father, Todd Chrisley, on a recent edition of her podcast, The Southern Tea.

She discussed fans’ assumptions that she and Todd decided to patch things up after his June conviction for tax evasion and bank fraud with his wife, Julie Chrisley.

In contrast, 32-year-old Lindsie clarified the situation, adding, “I can confidentially tell you there was no reconnection due to any legal issues whatsoever,” in the podcast.

She emphasised that “nothing ever transpired” that was even remotely similar.

Instead, she said that she and Todd decided to get back together because of her divorce from spouse Will Campbell, which was formalized in October of last year.

After explaining why she didn’t tell her parents or siblings before going public, Lindsie revealed that her father had written an encouraging message to her during the time of her crisis—a message she didn’t see until after she had banned him on Instagram.

“My dad had written after the news of my divorce had spread: “I’m here, I love you, whatever’s going on in your life right now, I see it.” You can trust that I’m looking out for your best interests. No matter what you do or have done, my love for you will never change, my darling “she recalled “I will defend you against anyone or anything that threatens you or your honor. Nothing can ever wear me down now that I am stronger than sadness and fear and braver than being alone. Never will I abandon you; never will I forsake you; this is my pledge to you.”

“Look for the favor and blessings that I’m giving you in this season your way because they are from me. I love you so much,” her father had told her, continuing his message.

So, that’s actually more on how we were able to reconnect, so to answer that question in short, it was definitely because of my divorce,” Lindsie said after reading the email.

On June 7, a judge found Todd, 53, and Julie, 49, guilty of bank fraud and tax evasion. The two Chrisley Knows Best performers have already stated that they intend to appeal their convictions, which carry a maximum sentence of 30 years in prison. On October 6, they’ll be given their sentences.

Lindsie expressed “great sadness” in June after hearing the outcome of her parents’ legal case.

Since she had a week off to spend with her family, she announced on Instagram that listeners may expect to hear from her on her podcasts the following week. I am heartbroken for myself, my son, and my entire family since this verdict is not what we had hoped for or prayed for.

In the past, Todd has stated that Lindsie’s departure from the hit USA Network reality show was due to her role as the “catalyst” in the family’s arrest for tax cheating.

I don’t think you ever get over certain things in life,” he remarked on PeopleTV’s Reality Check in August of 2021. And I fear that Lindsie and I have arrived at that point.

And Lindsie’s dad has said that “the hurt is still there” after everything that has happened. “The pain, I fear, will never fully go away. Although, I have no intention of prying into Lindsie’s business. We’re having a blast, and I pray that God showers his abundant blessings on Lindsie and her kid Jackson always “Moreover, he said.

A month later, Lindsie declared on Entertainment Tonight, “There will never be a reconciliation” between her and her family. However, in a podcast broadcast from the month of June, she backtracked, saying that she “stuck my foot in my mouth by going on record and saying there’s never a prospect for any form of reconciliation.”

In spite of her family’s history of abuse, Lindsie claimed on that same show that she still feels “love” for them.

Also, “I will also go on record today to say that I love my parents, I love my siblings, and I love my grandma,” she added. “Beyond saying that I love them and that I stand with them, I am not going to speculate at this time on the future of our ties. Through the good, the terrible, and the ugly, I will be here for them.” 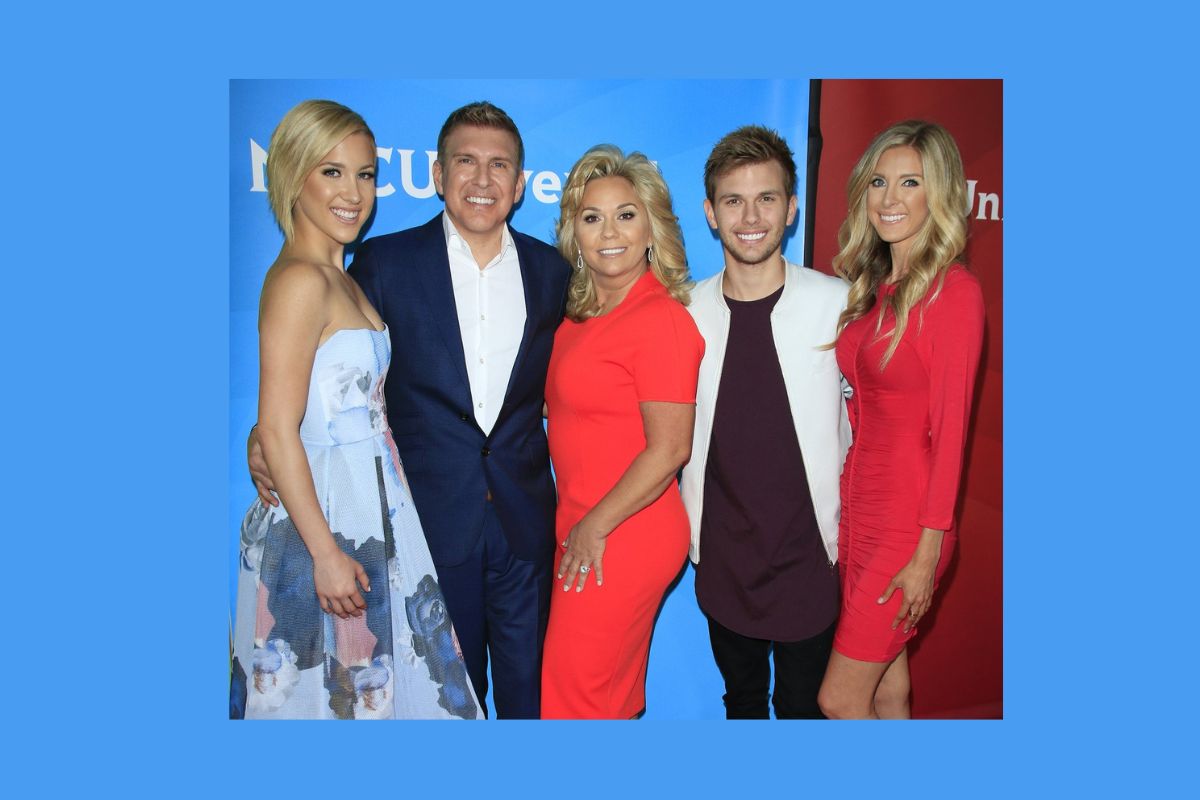 What is the Status of Their Divorce Now?

Three months after word of the split first surfaced, Lindsie Chrisley and Will Campbell have officially divorced.

People magazine has obtained a copy of the divorce agreement that states the 32-year-old former Chrisley Knows Best singer and her 31-year-old ex-husband have moved out of their shared Georgia home and into their own residences.

There is no mention of alimony or spousal support in the paperwork filed on September 8th, but it does state that the couple has agreed to share custody of their 8-year-old son Jackson.

After nine years of marriage, Lindsie filed for divorce in July. She acknowledged the split in an Instagram post, saying that they “mutually determined” it was best for the family.

Caption: “While one door closes, another opens,” the Coffee Convos podcast host said. “After 9 years of marriage, Will and I have come to the painful conclusion that we must divorce. Our relationship is one of the highest respect and affection, and we cherish every moment we have spent together. We have decided to remain friends and loving parents to our son.”

After that, she said, “It’s a fresh start for me this week, and I’m looking forward to the new surroundings. Please know how much we appreciate your privacy as we navigate this difficult time together as a family. ❤️⁣”

Lindsie’s estranged father, Todd Chrisley, sent a statement on Instagram shortly after the divorce was announced “Yes, I am present. Putting it simply: I adore you. No matter what you’re going through right now, know that God sees everything and is using it all for good in his son or daughter.”

And he continued, “There is nothing you can do or have done that will ever make me love you less,” he said, addressing his 52-year-old wife and children. If somebody tries to harm you or your reputation, I will stop them. ​​​

After he made his comment, Lindsie addressed it on her podcast. For her personal development, she added, “I have many feelings about this, but part of my growth process is that I need to process those feeling before speaking on them,” as “part of my schoolwork and treatment for some time now has been disengagement,” which has been discussed on this forum before.

Although “we do have one other’s numbers,” Lindsie said, “I truly was astonished when I saw something so personal revealed.” She went on to say that she had “reached out discreetly” through her attorney and that their legal teams will likely “be in conversation with each other over the coming weeks.”

Around the same time, when talking to PeopleTV’s Reality Check, Todd revealed, “A couple of weeks ago, Lindsie texted me asking if we could sit together with our attorneys present.”

And he continued, “And I am not interested in that,” referencing her departure from Chrisley Knows Best in 2017 and subsequent nasty actions and comments directed at the family.

Some Recent Pictures From the Pre-divorce Relationship of Jeff Bezos and Lauren Sanchez!

Pedro Jimeno Files for Divorce From Chantel Everett, Both…