Radebaugh, Don Ever wonder where Lincoln’s thinking came from? It’s likely maternal. The Hanks Lincoln’s parents Thomas’s photo is real, but Nancy’s is an artist’s version Nancy died in 1818 before photography was developed, at age 34.

Lincoln was 9 when she died, beginning a lifetime battle with “melancholy” or “hypochondria” She was interred at the Lincoln Boyhood National Memorial in Spencer County, Indiana, on their homestead.

The Parents of Abraham Lincoln

I can see Lincoln’s raw, rugged looks on his father’s face and general characteristics. We can only imagine Lincoln’s mother’s appearance. I don’t know about you, but I’d imagine her with a softer, lovely side like her son.

My fave Lincoln image. Axe and book. Both were his jam. Lincoln and his father didn’t see eye-to-eye. Lincoln found inspiration in reading, not in farmwork. His father believed he was lazy. Little did he know that his son’s late-night reading would create a President.

Lincoln’s father was uneducated; he didn’t value schooling beyond the farm. Lincoln and his father had little intellectual similarities, therefore they grew apart, especially after Lincoln broke out from him in 1831. Lincoln, a renowned lawyer/politician in Springfield, Illinois, did not attend Thomas’ 1851 funeral.

If Lincoln was so smart, he must have been like his mother. Nancy, 24, died of “milk illness.” Dozens of settlers died of the same sickness around her. Early pioneers caught the sickness by drinking milk from cows that ate white snakeroot. Thomas, Abraham, and Sarah were spared despite drinking the same milk. Sarah’s death 10 years later exacerbated Lincoln’s despair. 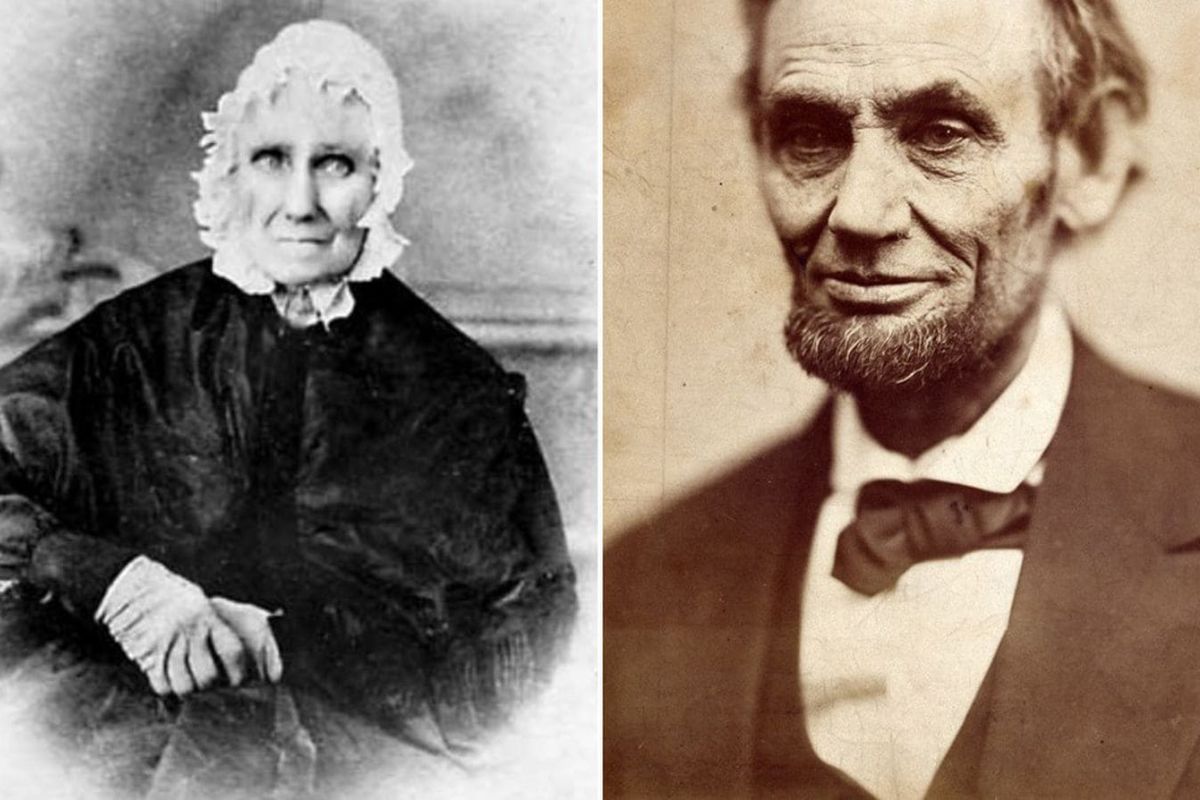 We know about Nancy via her friends. Lincoln’s cousin John Hanks described Nancy. Dennis Hanks was Lincoln’s cousin who lived in their Indiana log cabin. Over 14 years, Hanks knew Lincoln well.
She had dark hair, was 5’7″ tall, and had a delicate frame.

Everyone who knew her liked and adored her for her clear, intellectual mind, amiability, kindness, charity, and affection. Beyond the “5 ft., 7 in.” aspect — Lincoln was 6 ft., 4 in. (still our tallest President) – Hanks’ description of Nancy may characterize her son.

Lincoln was also smart. Dennis Hanks, who lived with the Lincolns in Indiana, said Nancy was “affectionate, the most I’ve ever seen. I never saw her angry.” She was naturally sharp, smart, and intelligent. Her recall, awareness, and judgment were sharp. She was spiritual and idealistic…not dull…not material.”

This is Lincoln-like. Nathaniel Grigsby’s brother Aaron Grigsby married Sarah Lincoln. Nancy was noted for her mental strength by family and friends. She was her husband’s superior. The brilliant woman… a smart, modest woman.”

Grigsby also provided interesting descriptions of Lincoln’s father and sister Sarah. “Thomas Lincoln wasn’t indolent, but a tinker, always doing but nothing extraordinary. Dennis Hanks’ grave is in Charleston, Illinois. Sarah was smart and quick-witted. She worked harder than Abraham. Abe worked from his head while she worked both.

Her good-natured giggle is as clear as yesterday. Like her brother Abe, she could give the warmest greeting. was smart, but not as smart as her mother. Dennis Hanks said of Lincoln’s mother, “She was a smart woman, exceptional.” Kindness, mildness, sensitivity, and melancholy characterized her.

After Months of Turmoil, Rishi Sunak Will Be the Next Prime…