Season 3 of Outer Banks has concluded filming; the current season will be available on Netflix in 2023. Here’s an updated preview of everything we know about Outer Banks season 3, including the three new cast announcements, production timetables, storyline details for the next season, and more. Please keep in mind that this is a live preview that will be updated over time. It was last updated on September 24th, 2022.

The juvenile criminal drama series, which premiered in April 2020, will return for a highly anticipated second season in July 2020. Throughout its run, the show has received numerous award nominations, including best drama and best male TV star at the People’s Choice Awards following season 2.

Are you short on time? Here’s a basic rundown of the upcoming season: Season 3 is expected to have ten episodes, as with prior seasons. Filming began in early 2022 and is now complete. A release date has not yet been set. Only a 2023 release date has been established, while one of the show’s performers has speculated that it will be in February 2023.

The cast has expanded to include Andy MacQueen, Fiona Palomo, and Lou Ferrigno Jr. Outer Banks is apparently budgeted at roughly $5 million per episode, implying that the overall budget for season 3 will be around $50 million. Shannon Burke, Jonas Pate, and Josh Pate are the season 3 showrunners.

When Was Season 3 Of Outer Banks Renewed?

Despite speculations that the series had been canceled, including one that went viral on Facebook, a renewal was officially announced in December 2021. On December 7th, the renewal was announced, along with a message from the actors. 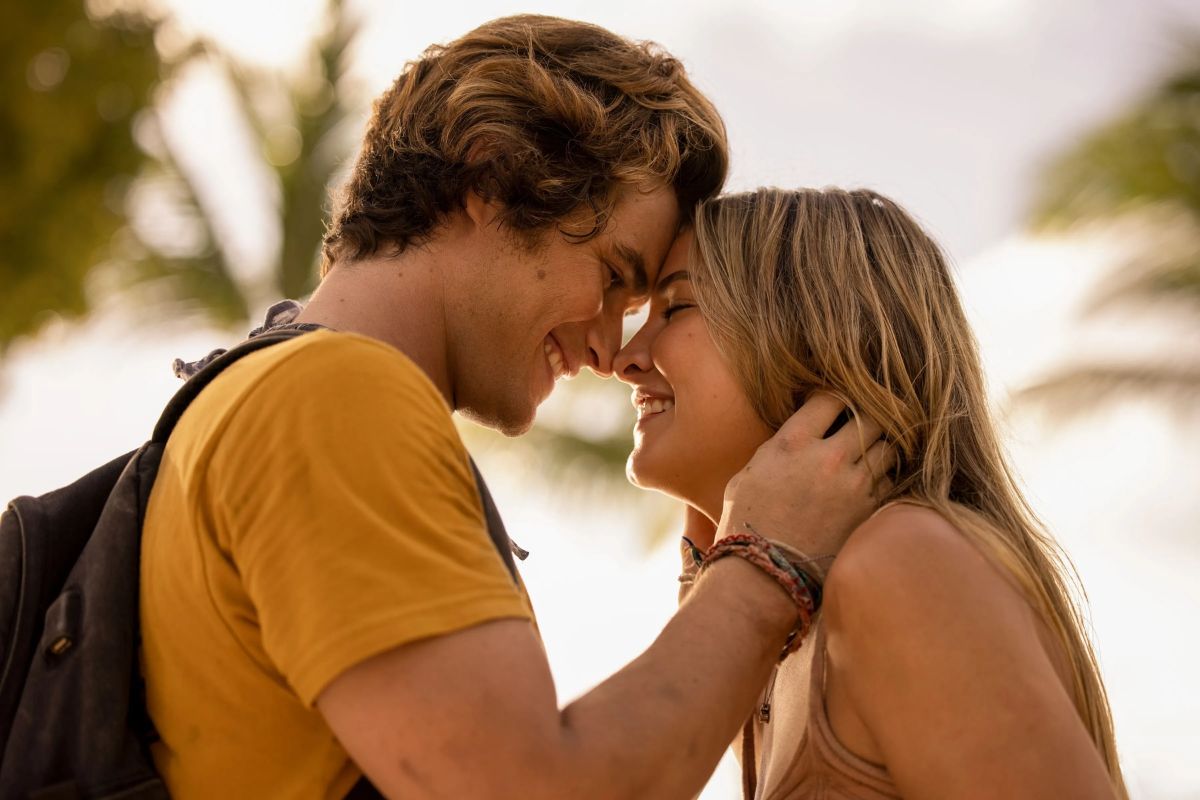 According to the official Netflix Twitter account: “Just in from Poguelandia… The Outer Banks will return for a third season! Season 3 was also announced, along with artwork displaying the OBX (Outer Banks) 3 logo:

Outer Banks Season 3 Cast: Who Is Back And Who Is New?

Along with the renewal, a press release obtained by What’s on Netflix states that showrunners and executive producers Jonas Pate, Josh Pate, and Shanon Burke will return. We also know that the following essential cast members will return for season 3:

We learned about three new big castings for Season 3 of Outer Banks via Deadline in June 2022.

The following new cast members will appear in future episodes:

On July 1st, local television station WCBD News 2 claimed that the series was actively casting a young John-B look-a-like. They claim: “Casting agencies report that the show’s director is seeking for a young actor to play a younger version of the show’s central character, John B, next week.”

The applicant must be a Caucasian male between the ages of five and seven, with light brown hair and brown or hazel eyes. You are urged not to submit your child unless they are in that age range and look like the character played by actor Chase Stokes.”

There were also casting calls for Kook Dads, adult Kooks and Pogues, bartenders, waitstaff, and some photo doubles. According to IMDb, a number of lesser castings have also been made for the current season, including.

What Is The Status Of Outer Banks Season 3 Production?

“Big love to my @obx family as Season 3 begins tomorrow!!!!” See you soon! ” Valerie Weiss will direct many episodes of Outer Banks season three, including one shot overnight in early August 2022.

On February 28th, Netflix officially announced that work was still underway, with new cast photos. The series had been under production for nearly a week at that point. Filming on Outer Banks season 3 proceeded during the summer of 2022.

A post on Chase Stokes’ Instagram stories came as early as August 10th, implying that the majority of filming had been completed. On August 31st, one cast member announced that filming had wrapped in Barbados.

Charles Esten stated on Instagram: “Barbados’ Last Night! After three weeks of filming Season 3 of @obx in this wonderful paradise, it’s time to return home. More to film in Charleston, but for now, I am grateful for this fantastic job that keeps bringing me here, as well as the incredibly talented and truly kind cast and crew I get to work with every day. I’m also grateful to all of the wonderful Bajans who have made us feel so welcome here! Put Barbados on your list of places to visit. You will not be sorry! ”

How Did The Second Season Of Outer Banks Do On Netflix?

Between July 26th and September 5th, 2021, the series appeared in Netflix’s new top 10 metrics, garnering 322.59 million viewing hours worldwide on Netflix. It was number one on Netflix for the first four weeks after its release. The distribution of its viewing hours is shown below.

A Vermont Man Has Been Charged with Shooting and Killing a…