Phil Collins’ Ex-wife, Orianne Cevey, is Suing Him for $20 Million, and He Accuses Her of “Fraud.”!

In a hearing held on Wednesday, Phil Collins and his ex-wife Orianne Cevey faced each other in their ongoing dispute over the sale of the singer’s $40 million Miami Beach mansion.

The first time Phil Collins and ex-wife Orianne Cevey have seen one other in nearly two years, he has accused her of “committing fraud.”

Cevey, 48, has been fighting the 71-year-old superstar in court for her portion of the $40 million he made from the sale of the mansion they formerly lived on Miami Beach’s beachfront.

On Wednesday, the parties involved in the ongoing dispute met virtually in front of a court, marking the next phase in the ongoing saga. Legal representation for Collins is focusing on establishing that Cevey has no claim to the sale of the property. These two were no longer on speaking terms.

Collins’ attorneys alleged in court papers that in 2016, Cevey claimed she was “mentally incapable” of understanding a divorce settlement (with her second husband, Charles Mejjati), but that by 2020, she had changed her tune. Cevey stated in court documents that she parted ways with Mejjati freely after Collins allegedly promised her half of their Miami home in exchange for her cooperation in the divorce.

Cevey alleges she “could not comprehend what she was signing because she was so dependent on her pain medicine and in so much agony” after spinal and neck surgery rendered her largely paralyzed and unable to walk.

Collins says he never told her they would split the home’s sale money 50/50.

Cevey, according to the latest petition, claims Collins told her she should move in with him and he would “take care” of her. Their previous marriage lasted from 1999 till 2008. She later wed investment banker Mejjjati from 2008 to 2017, although she and Collins reconciled in 2016. In 2020, they split up again, and she later married Thomas Bates.

Cevey claims Collins offered to give her a share in his Miami property. This is something Collins strongly refutes.

Cevey reportedly filed for divorce from Bates in December 2021 and this week it was claimed that she had met him on a male escort website where he advertised himself as a “beautiful intellectual.” 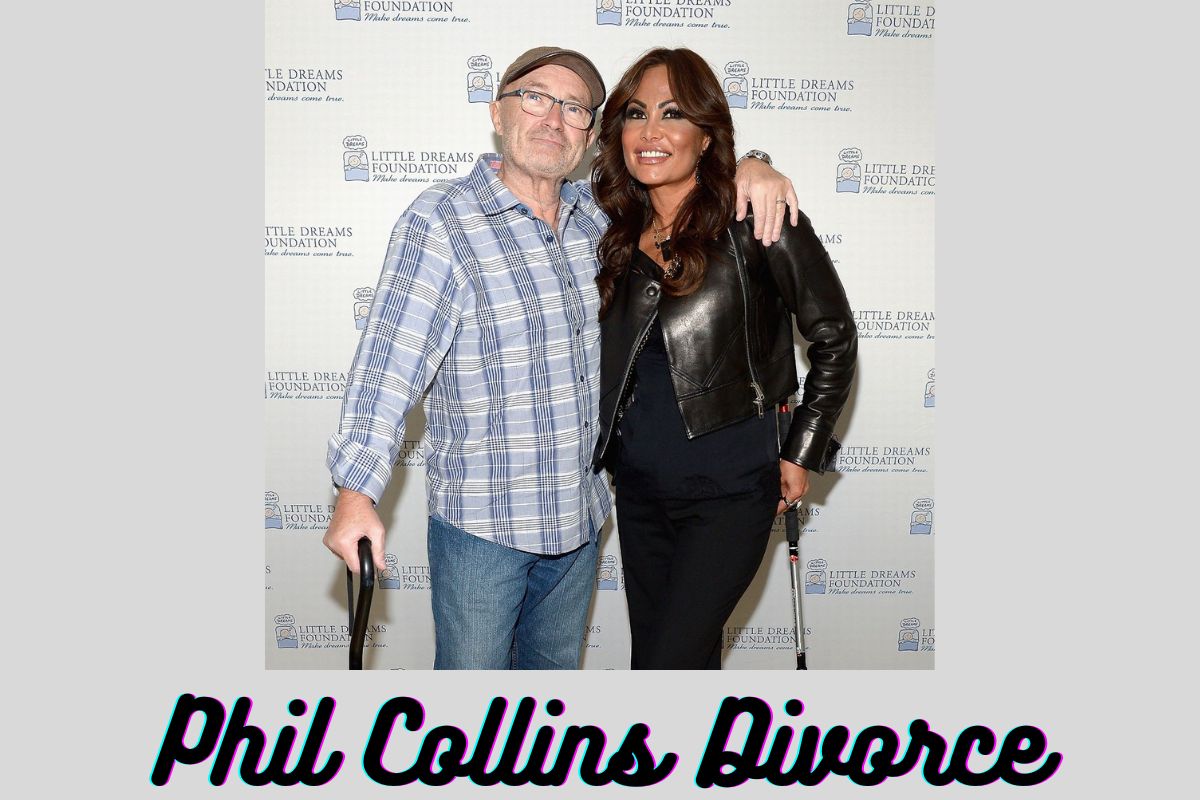 In the most recent document, Cevey is referred to by her most recent married name, Bates. It reads: “There are literally dozens of additional irreconcilable conflicts between Mrs. Bates’ position in this case and her pleadings, financial affidavit, and other documents filed in her 2016 divorce from her former husband Charles.”

Nic, now 21, took over drumming duties for his father on the current Genesis tour, and he and Cevey have a son, Matthew, who is 17.

The legal team representing Collins, led by prominent Palm Beach divorce attorney Jeffrey Fisher, alleged that forensic accountants found that Cevey had not registered a vested interest in the home they had shared with Collins.

In its most recent petition, Collins’s legal team asserts that “Mrs. Bates either perpetrated a fraud on the divorce court which heard her divorce [from Mejjati] or she is committing a fraud on this court…”

Mrs. Bates argues she was entitled to half of the LLC, which owned the nearly $40 million piece of property, pursuant to an enforceable oral agreement dating back to April 2015, but she failed to disclose this stake in her financial affidavit she filed as part of her divorce in 2016. At the same time, she claimed in court that the residence belonged to Phil Collins and not her after their divorce.

Cevey married Bates, 32, in a secret ceremony in Las Vegas in 2020 after her reconciliation with Collins, and then she and Bates moved into the Genesis star’s Miami Beach estate while Collins was in Europe.

Collins used a court bid to drive Cevey and her new husband, from whom she is now divorced, out of the home the singer shared with her.

Collins was surprised when he realized his ex had remarried and filed a successful legal bid to toss them out, as The Post reported.

Covey was given $46 million upon her 2008 divorce from Collins – at the time, a record in the UK. They have two children together: Nic, 21, who replaced his father as Genesis’ drummer on their most recent tour, and 17-year-old Matthew.

For the past few months, Cevey has been attempting to raise money by selling her vast collection of expensive clothing and handbags, as well as Collins’ memorabilia. The musician has relocated to Switzerland.

Meghan Ory of Hallmark Reveals She Was Pregnant During…

Will There Be an Attack on Titan Season 4+1? The Rumbling is…