It has been confirmed that Sajal Aly and actor Ahad Raza Mir are no longer together. Many sources, including entertainment writers, corroborate the couple’s official divorce. As a result, the Khel Khel Mein actress is using her maiden name on social media.

Sajal and Ahad’s relationship has been strained. Following their wedding in 2020, the couple became the buzz of the town. However, viewers began to notice minor details, such as the two actors’ seldom appearances together. When Sajal arrived alone at her sister Saboor Aly and Ali Ansari’s wedding, her suspicions grew.

Netizens have long been curious about what is going on between Sajal Aly and Ahad Raza Mir. Many admirers have asked the celebrity couple to come forward and clarify their relationship. It appears that we have finally received an answer. The Khel Khel Mein actress made adjustments to her Instagram account. The actress changed her name from ‘Sajal Ahad Raza Mir’ back to her old identity, which has left admirers stunned.

Aamna Isani, a journalist, recently confirmed the divorce news. The couple filed for divorce in mid-March, according to her. Surprisingly, this is the time of year they married in 2020. As a result, the couple’s marriage ended on their two-year anniversary.

The reasons behind Ahad Raza Mir and Sajal Aly’s reported split have been widely circulated on the internet. With their divorce, the couple shocked the industry and their fans. According to reports, Sajal Aly formally signed the divorce papers and then erased Mir’s surname from her Instagram account. According to several sources, “the real reason for their divorce was the Yaqeen Ka Safar star’s extramarital escapades.” 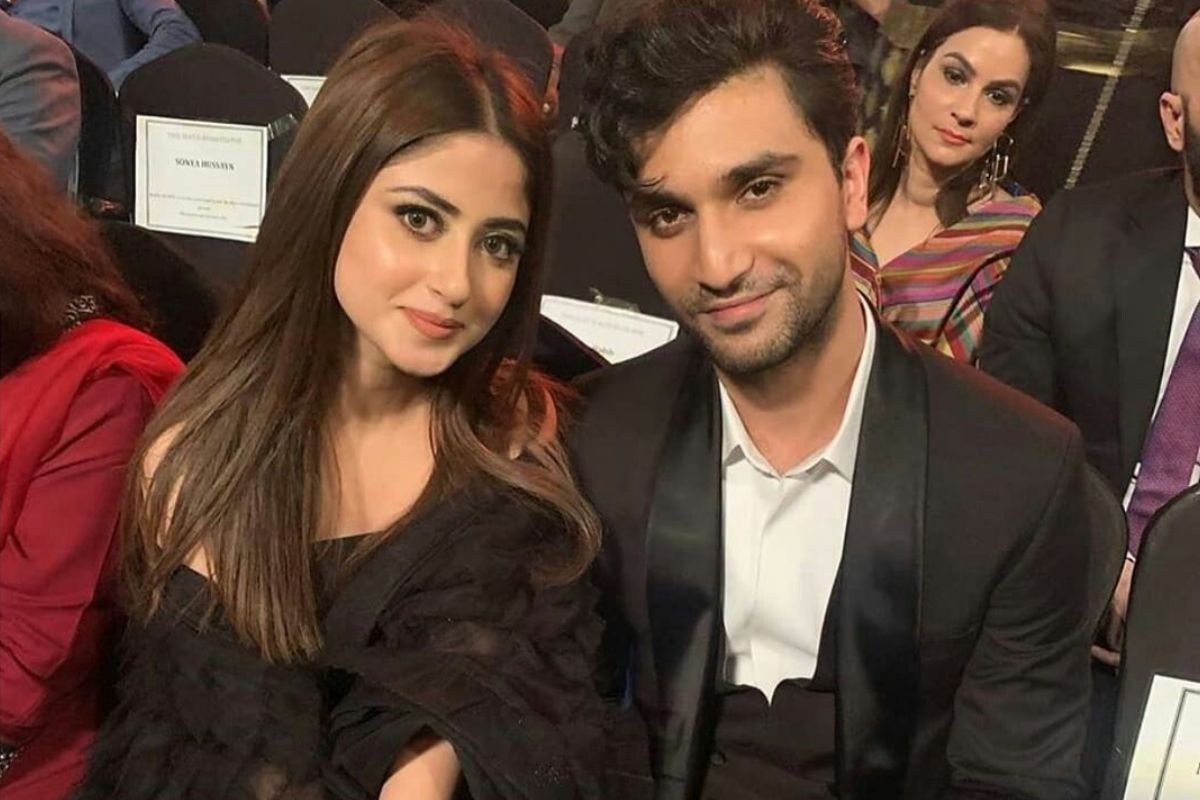 The actress had caught her husband cheating on her with ladies,” according to the insider. There were rumors that Sajal Aly was only permitted to make television shows after her marriage, but she also wanted to film movies, which led to their divorce.

However, neither partner expressed an opinion about their marital breakup. Raza Mir’s mother, Samra Raza Mir, requested fans to pray for them in a discussion with a fan account that went viral, giving the public hope. Do you want to learn about actors and read celebrity news? Click here for more Celebrity News and follow our Facebook Page to stay up to speed on the newest entertainment news.

Sajal Aly and Ahad Raza Mir, one of Pakistan’s most admired couples, have been fueling separation rumors since the latter’s absence from the prior’s sister, Saboor Aly’s wedding. The actress from Sinf-e-Ahan recently changed her Instagram name from ‘Sajal Ahad Mir’ to ‘Sajal Ali.’ After her marriage to actor Ahad Raza Mir in 2020, she adopted the surname ‘Ahad Mir,’ which she posted on Instagram immediately after.

”At the moment, it is difficult to say anything in this area because divorce is a traumatic experience for both parties,” she continued. Aamna went on to say that because no one has confirmed the split, the reasons for the split cannot be explored.

In an earlier interview with a local publication, Sajal revealed how Ahad raced to be engaged to her because he was afraid of losing her to someone else. “I am grateful to have him [Ahad] in my life,” she said, dismissing further speculation. Ahad has mentioned me several times in previous interviews, but I’m only doing it now. I’m afraid that if I’m asked about Ahad, I’ll just go on and on!”

Sajal went on to say that the Ehd e Wafa actor had proposed to her on the set of Aangan. The couple married on March 14, 2020, in a modest Nikkah ceremony in Abu Dhabi. The most-talked-about wedding was on the agenda, and fans couldn’t stop gushing over their photos as the ceremony came to a conclusion.

Marjorie Taylor Greene Divorce; Why Her Husband Filed for…

Phil Collins’ Ex-wife, Orianne Cevey, is Suing Him for…