Adeel Zeb, the Muslim chaplain at the Claremont Colleges in Los Angeles, commented on Facebook about something bothering him in July. “I have recently been requested by a number of Muslim couples to execute/lead their hidden nikkah (secret Islamic traditional marriage),” he added.

These students informed him that they had committed haram, or sin, by having sex outside of marriage, which Islam forbids. They wanted to make things right with God by marrying, but they didn’t want to notify their parents. “In the near term, I can exercise my enthusiasm, and in the long run, I won’t go to hell,” Zeb said.

Each of the couples stated that they hoped to have a larger wedding with the family eventually, but that for the time being, their parents were a stumbling block in their relationship. In one instance, Zeb tried to intervene and speak with one of the dads, but the pair declined. As a result, Zeb declined to participate. “I am sending this message to warn young people against these secret weddings, as well as any leader who would arrange the wedding without notifying their respective families,” he said on Facebook.

The components of a conventional Islamic marriage ritual are simple. The bride and groom must both agree to the marriage. There must be at least two witnesses present. The groom must offer the bride a present, such as money, a trip, or a commitment to teaching her something.

In most situations, the bride also requires the presence of a male guardian, usually her father. Couples don’t even need an officiant, but many will hire an imam to oversee the event. Nonetheless, Islamic scholars believe that the Prophet taught that marriage is intended to be public; community marriages adhere to both the spirit and letter of the law. This expectation was echoed in Zeb’s post: parents and families should be completely involved, and marriage cannot simply be a spiritual cover for having sex. 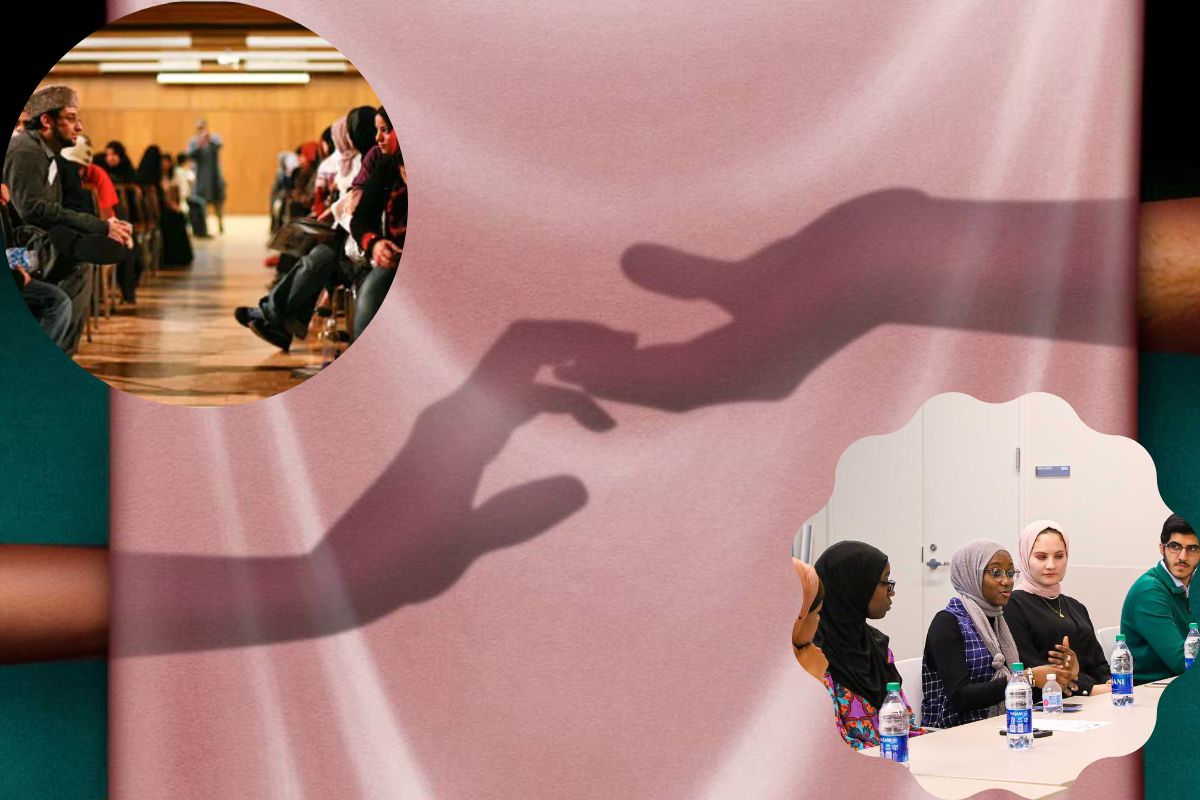 The message sparked a firestorm of debate among his acquaintances, many of whom are leaders of important Muslim groups around the country. The talk wasn’t simply about secret marriage and the theological loophole it seemed to offer. Zeb and his community were debating how young Muslims should negotiate sex, love, and marriage while staying religiously faithful—and how the adults who teach them should consider their duties.

Scholars have also been looking at this problem in recent years, as they aim to establish a place for Muslims to talk about all sorts of sexual interactions rather than chafing at the concept that young Muslims have sex. In America, the notion that young people should refrain from having sex until they marry is considered counter-cultural. According to the Centers for Disease Control and Prevention, around 90% of Americans engage in premarital sex. Many people are sexually active by the time they join college: in a recent study of freshmen at a big public institution, at least three-quarters reported having had sex.

That figure may be lower among Muslims, however, there isn’t any current evidence to confirm it. In one of the largest surveys on college sexual behavior, conducted in 2001, 54% of college-aged American Muslims reported having had sex despite not being married—a figure quoted by multiple sources. “There’s so much guilt and stigma attached to the talk,” said Qudsia Saeed, a twenty-year-old junior at American University in Washington, D.C., who has conducted sex conversations at her school’s Muslim Student Association. “However, people are beginning to realize that we cannot leave the next generation with all of the anguish that we carried from the previous age.”

Young Muslims seeking secret nikkahs is not a novel practice. Zeb, forty, recounts that while he was a student at Baylor University in Texas, a handful of his Muslim buddies sought covert marriages to have sex. However, some Muslim academics and leaders, like Zeb, have recently noted an increase in talks concerning covert weddings. Mariam Sheibani, the associate academic director of Cambridge Muslim College in the United Kingdom, told me that she first heard about secret nikkahs “from a distance initially.”

The subject then became more personal. “A buddy of mine contacted me and asked what the regulations were as well as the loopholes,” she explained. “I was taken aback.” Though divorce is discouraged in Islam, it is not prohibited, according to Sheibani, and the procedure for obtaining a religious divorce is rather simple. Outside of marriage, though, sex “is like a really big thing.” This is why secret marriage may appeal to some young Muslim students: it appears to be a means for them to remain religiously loyal even if they are not ready to marry for life.

As a chaplain, Zeb believes that hidden weddings are dangerous for the couples involved. When Muslim parents, many of them are first-generation immigrants, put their children off at one of Claremont’s universities, they are entrusting him with the spiritual guidance of their children. “I’ll be caring for their children for the next four to eight years,” he explained. “At the end of the day, I have to be accountable to God, as well as to my parents and family.”

How does it square with my Islamic principles for me to take this couple and say, ‘OK, I’ll take your money and secretly marry you.’ Nobody in the neighborhood will be aware of it.” At the same time, he acknowledged the difficulty in convincing young Muslim couples to commit to abstinence. Instead of succumbing to the secular American standard of premarital sex, Zeb believes Muslim leaders should encourage authentic, long-term marriages, held in public with the agreement of families. “There is no other option,” he stated. “What exactly do you do?”

This subject is now in “evolution,” according to Asifa Quraishi-Landes, a professor of Islamic constitutional philosophy at the University of Wisconsin-Madison. Recent publications have attempted to investigate the many types of relationships and marriages that Muslims experience, and whether or not they are recognized by conventional Islamic law.

“Tying the Knot,” “a feminist/womanist guide to Muslim marriage in America,” will be published in the spring of 2022 by a group of female Muslim scholars, including Quraishi-Landes, and covers topics ranging from muta marriages—the temporary partnerships practiced by some Shia Muslims—to interfaith marriages, L.G.B.T.Q. marriages, and polygynous marriages, in which men have multiple wives, although the latter is rare Despite its emphasis on diversity, the book is more than just an effort to dress up a secular, progressive, American framework with Islamic garb. It’s a serious examination of what it means to be a Muslim. The verse begins with the invocation “Bismillahi al-Rahman al-Rahim,” which translates as “In the name of God, the most gracious and compassionate.”

Senate to Vote on Same-sex Marriage in Coming Weeks: Will This Be a Right Decision