Amini, from the Kurdish city of Saqez in the northwest, died three days after being arrested at a hospital after falling into a coma. It triggered the first major protest on Iranian streets since authorities crushed fuel price protests in 2019, killing 1,500 people. According to family members, the young Iranian woman Mahsa Amini, whose murder in police custody sparked widespread protests, was a shy, reticent native of a tiny town who never opposed the country’s clerical rulers or its Islamic dress code.

Amini, from the Kurdish city of Saqez in the northwest, died three days after being arrested at a hospital after falling into a coma. It triggered the first major protest on Iranian streets since authorities crushed fuel price protests in 2019, killing 1,500 people. Authorities have denied beating Amini and have stated in a statement that the cause of death was abrupt heart failure, probably caused by previous problems. However, the family has disputed that the 22-year-old had any prior health difficulties.

Amini kept to herself and avoided politics, according to two family members, attributes that most Iranians hope will keep them out of trouble under the Islamic Republic. But on September 13, Amini would pay a high price for not paying attention to every aspect of her clothes while visiting her uncle in Tehran with her family. Amini was approached by the morality police, a unit entrusted with detaining those who break Iran’s traditional clothing code in order to “promote virtue and combat vice.”

A typical unit consists of a van with a mixed male and female crew that patrols or waits in congested public areas to regulate inappropriate behavior and appearance. Amini and her brother begged for forgiveness, claiming they were unfamiliar with Tehran’s norms. She begged her brother not to let them take her away.

Her brother waited for her in front of the Vozara morality police prison center. After two hours, though, an ambulance arrived to transport her to the hospital. Amini was eventually found by his family at the Kasra hospital. The family was kept in the dark by doctors. Her CT imaging was not available to her loved ones. According to the sources, her body was covered in the coroner’s office so that her father couldn’t see anything but a bruised portion of her leg. 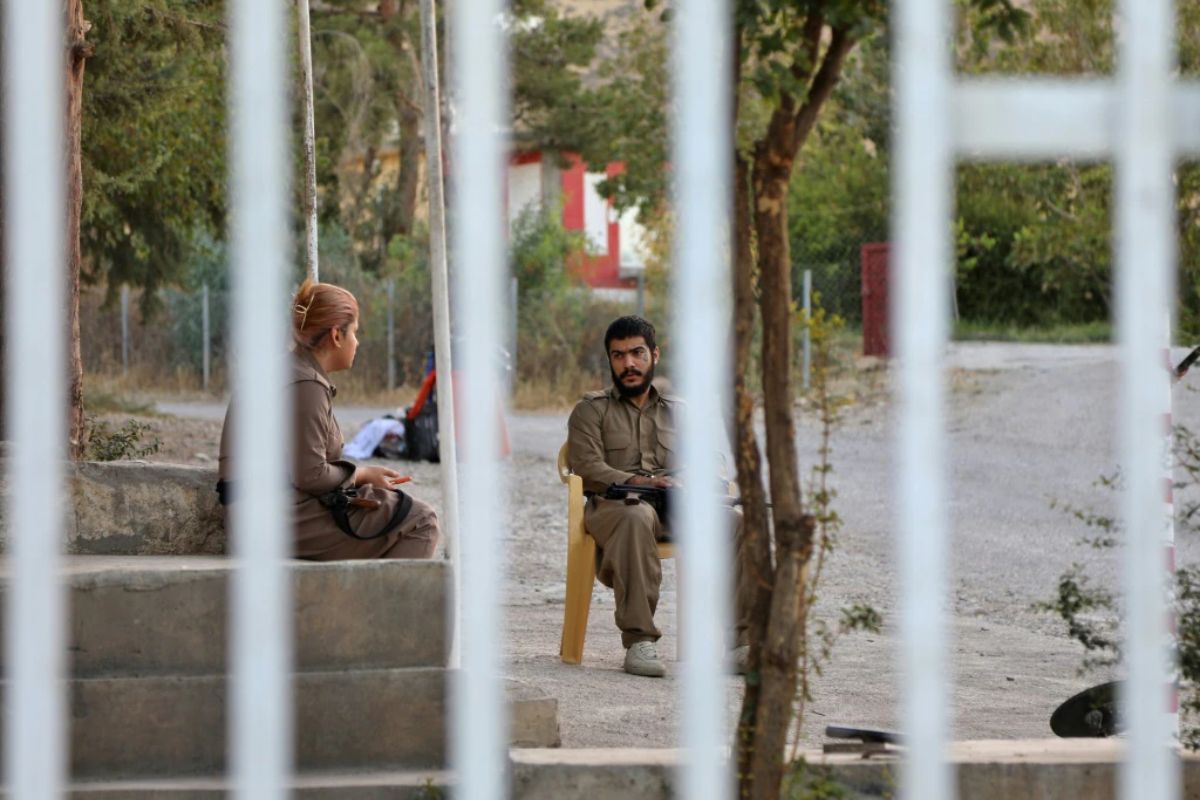 “He kept pleading with medics to inform him of his daughter’s condition.” “But no one responded,” said another source. Women detained alongside Mahsa told her father that she was beaten inside a van transporting them. The father was told that she was crying and asking with cops to let her go. “The cops informed the father that the cameras in the van did not work.” “As a result, the family has no idea what transpired inside the van or at the detention center,” stated one of the family’s sources.

“They do not accept the video released by authorities showing her suddenly collapsing at the police station.” Her family believes the footage was manipulated.” She would be robbed of her hopes of getting married and having children after finishing university in an instant.

“She wanted to live a regular and happy life,” one person stated. Iranian President Ebrahim Raisi has ordered a probe into the Amini affair. According to officials, 41 people were killed during the protests, including police officers and members of a pro-government militia. However, Iranian human rights organizations have reported a larger toll.

International outrage has poured in over Amini’s death, while Iran has blamed the turmoil on “thugs” linked to “foreign foes.” Tehran has accused the US and other European countries of exploiting the protests to destabilize the Islamic Republic.  Amini’s family, who are far distant from politics, are still trying to make sense of her tragedy.

Mahsa’s mother feels that her hijab was appropriate. Throughout the funeral, she kept saying, “Why, why?” My daughter was wearing a decent Hijab and her coat was long and black, but I have no idea why she was arrested.” “Where has my daughter gone?” Where is my child? she asks every day, according to family sources.

According to a medical statement that was later removed from Instagram, she was brain dead when she arrived.”Resuscitation was conducted on the patient, and her heartbeat was restored, and the patient was admitted to the intensive care unit,” according to the hospital.

“However, after 48 hours, on Friday, she experienced another cardiac arrest due to brain death.” Despite their best attempts, the medical team was unable to restore her, and she died.” According to two family members, Iranian authorities have warned Amini’s relatives not to talk about her issue. Her father, mother, and uncle do not return phone calls.

Marjorie Taylor Greene Divorce; Why Her Husband Filed for Divorce, an Overview

This is What Ultimately Led to Jessica Simpson and Nick…

Jason and Jena Divorce: What Is the Real Reason Behind It!

Forspoken Release Date, Story Details, and Everything We…