What You Need To Know Before Getting A Divorce

Divorce can often be quite simple, especially if you and your spouse don’t have any children and own little assets jointly. But divorce always entails a tonne of regulations and paperwork—as well as frequently a lot of emotion and wrangling.

You’ll need to be aware of these fundamentals to start your divorce off on the right foot, regardless of whether you and your spouse are in complete agreement about how to divide your assets and share parenting responsibilities or are completely at odds on all the issues involved in ending your marriage.

Before getting a divorce, a couple must fulfill a few basic conditions in every state. Make sure you are qualified for a divorce in the state where you intend to file by reading our articles on state divorce laws before you begin the divorce procedure.

You can get married in any state, even if you don’t reside there, as long as you abide by the requirements for the state’s marriage license. However, there are more stringent requirements for dissolving a marriage. Before submitting a divorce petition to a state’s courts, you must satisfy its residency requirements.

Most states need at least one spouse to have resided there for a predetermined amount of time immediately prior to filing for divorce. The minimum period of time is typically six months, although in rare cases it might be as long as two years. This common residence requirement has some variations:

The length of the residency requirement may vary based on a number of factors, such as where the couple was married, where the events that caused their marriage to terminate occurred, or if both partners reside in the state.

The residency requirement often relates to your physical address, but in a few states, it also refers to your “domicile,” which is the location you view as your permanent residence.

Is Separation Necessary Before Filing For Divorce?

Most states do not need a period of marital separation before granting a divorce. However, some states demand that partners have lived “separate and apart” for a certain amount of time before filing for divorce or before the judge grants the divorce. The separation requirement may not always apply to spouses filing for a no-fault divorce, as in South Carolina.

The standard minimum separation period is one year, however, it may vary depending on certain factors. For instance, Virginia generally needs a year of separation before a couple can file for a no-fault divorce, but if they don’t have children and have a written separation agreement, the bar is lowered to six months. Code of Virginia 20-91(9) (2022).

Different states’ laws or courts may interpret “separate and apart” differently, e.g., whether a couple is considered to be separated if they continue to live in the same house but have separate bedrooms and run separate houses.

If your state has a separation requirement, you should ascertain what you must do to satisfy it as quickly as possible, including whether you must leave the family home. If you don’t comply with any criteria in your state, the court could reject your divorce petition or put your case on hold. 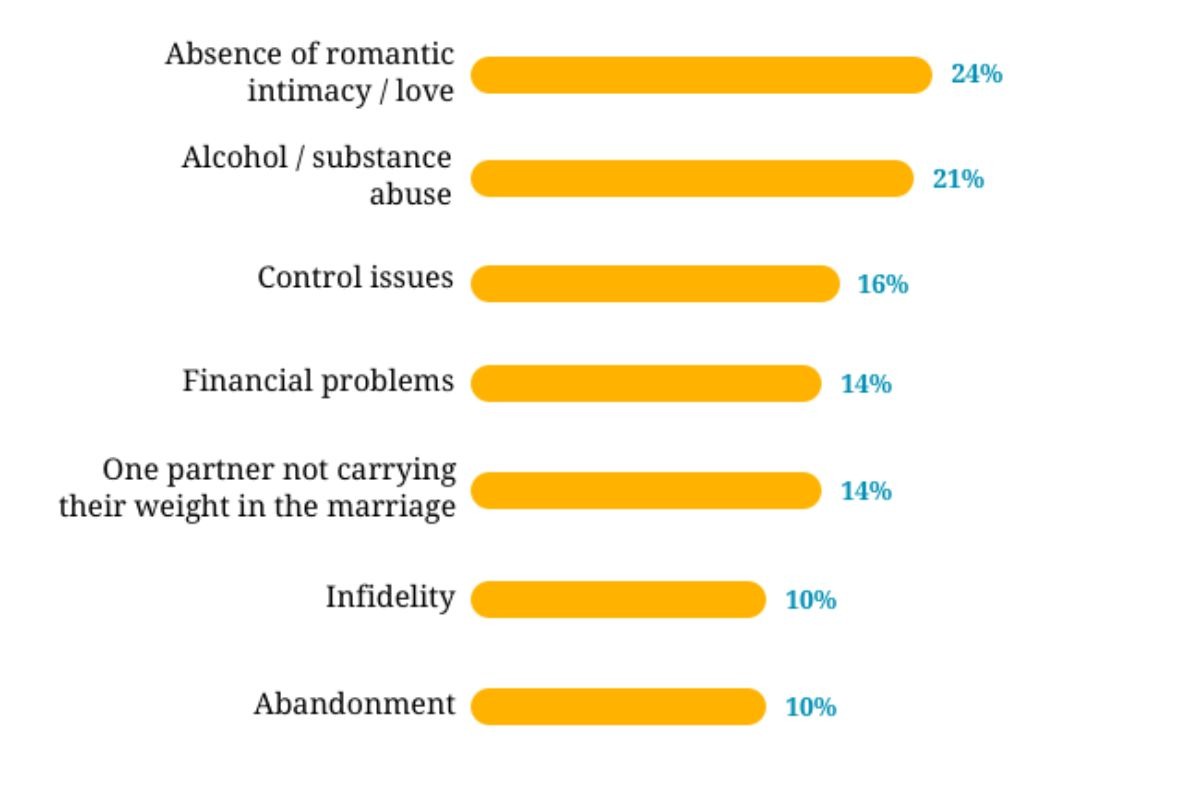 Different states have different divorce laws. But there is one requirement that applies to all states: you must provide a justification (or “grounds”) for seeking a divorce in your divorce petition (or complaint). There are two types of grounds for divorce: “no-fault” and “fault-based.”

Couples getting divorced have the option to file for a “no-fault” divorce in every state. A no-fault divorce is the only option in some states. In a no-fault divorce, neither spouse is required to allege or provide evidence that the other’s acts led to the breakdown of the marriage. Instead, the party seeking a divorce only states that there is no hope of reconciliation and that the marriage has ended.

In many states, “irreconcilable differences” or an “irretrievable disintegration of the marriage” are cited as the grounds for a no-fault divorce. The majority of couples opt for a no-fault divorce. Divorces without fault are less difficult and acrimonious than divorces with fault: There is often less stress and tension during the divorce process because you don’t have to prove your spouse did anything wrong.

When you have children who could be impacted by the proceedings, it is extremely beneficial to not have to accuse your spouse of wrongdoing. Additionally, the divorce may go more quickly if there is no argument over who is at fault. Additionally, reduced litigation almost invariably results in decreased costs.

Divorce Based On Fault

If you choose to divorce on the basis of fault, you must demonstrate that your partner’s actions led to the breakdown of your union. Adultery, severe cruelty (either physical or mental), and desertion are frequently used as grounds for a fault-based divorce.

The majority of divorcing spouses will choose a no-fault divorce because fault-based divorces can be so difficult (and expensive). However, pursuing a fault-based divorce may be a wise move if your state takes blame into account when splitting marital assets or determining the need for alimony.

(However, it might not be essential to bring up the subject of your spouse’s wrongdoing in order to resolve those difficulties.) Consider speaking with a lawyer if you think you might pursue a fault-based divorce (or if your spouse has already done so). This is because doing so can be far more challenging than obtaining a no-fault divorce.

The Problems With Divorce

You’ll need to deal with a number of concerns connected to ending your marriage as part of your divorce. Either on your own or with the aid of divorce mediation, you and your husband can bargain and come to an understanding on those matters. If you are unable to reach an agreement, a judge will have to make the decision for you following a trial (more on that below).

Couples will typically need to share their assets and debts during a divorce. The usual rule is that marital property, which often refers to assets and obligations accumulated by couples during their marriage, must be divided equally between the parties. Depending on whether you reside in an “equitable distribution” state or a “community property” state, different laws apply to the division of marital property.

Most states adhere to the equitable distribution idea. This means that depending on the specifics of your case, the court will decide how to divide the marital estate between you and your husband. How the court divides up the property will depend on what she or he deems fair in your particular set of circumstances. Equitable distribution does not ensure equal distribution to each spouse.

Some assets are regarded as the “separate property” of one of the spouses in both equitable distribution jurisdictions and community property states. Any assets owned prior to marriage and certain forms of property acquired after the marriage, such as gifts and inheritances, are typically considered separate property. You will be able to keep a piece of property if it is your distinct property after the divorce.

Alimony refers to payments made by one spouse to the other spouse during or after a divorce (sometimes referred to as “spousal support” and “maintenance”). Most courts grant alimony for a short time after taking into account factors including the couples’ income and earning potential.

Judges may grant what is frequently referred to as “rehabilitative alimony” after the divorce is final to assist the supported spouse in becoming self-sufficient. The award may only be granted for as long as it takes the sponsored spouse to obtain employment, complete the required training, or acquire the requisite job skills to earn enough money to support themselves.

Custody Of Children And Parenting Time

Judges consider what is in the “best interests of the kid” when determining custody and visitation arrangements for children. Most judges draught child custody orders to make sure that both parents stay actively involved in the child’s life, provided it’s in the child’s best interests.

Contested Vs. Uncontested Divorce: Everything You Want Know

When and How Did Chester Bennington Die, and When Was His…