Michael Feldman, age 53, is a former political strategist for the Democratic Party. During the campaign for the presidency in 2000, he served as the traveling chief of staff for former Vice President Al Gore. Feldman is a Democrat. He follows the Philadelphia Eagles with a fervent passion.

Before becoming a legislative analyst for the Senate Democratic Policy Committee, Michael’s initial job in politics was as a floor assistant in the Senate cloakroom. After that, he moved up to the position of legislative analyst. The communications and consultancy company known as The Glover Park Group was initially established by him as a founding partner.

Learn more about Michael Feldman, Savannah Guthrie’s husband. According to the Hollywood Review, the organization offers assistance to filmmakers in the form of marketing guidance for topical and contentious films. It is said that he co-founded the organization alongside two of Al Gore’s aides, Carter Eskew and Chip Smith, as well as Joe Lockhart, who was once the White House press secretary.

Amber Heard spoke with NBC’s Savannah Guthrie for the first time after losing a defamation suit against Johnny Depp. Guthrie’s husband, Michael Feldman, later revealed that he had worked as a consultant for Depp’s legal team.

On June 1, a Virginia-based jury unanimously decided that Heard, 36, defamed Depp, 58, in a 2018 op-ed for The Washington Post when she referred to herself as a victim of domestic abuse. Heard was ordered to pay $15 million in damages, including $10 million in compensatory damages and $5 million in punitive penalties, but Virginia state law required Judge Penney Azcarate to limit the punitive damages to $350,000.

Last Monday, the renowned anchor, who moderated one of Joe Biden’s and Donald Trump’s presidential debates in October 2020, spoke with Depp’s attorneys Camille Vasquez and Benjamin Chew. She then revealed that her husband, public relations consultant Michael Feldman, was also an adviser to Depp throughout the much-discussed trial.

Feldman, a public relations consultant, and former Democratic political strategist was a member of Bill Clinton’s 1992 election campaign and has worked on several high-profile initiatives. He also worked as a senior adviser and traveling chief of staff for former Vice President Al Gore during his presidential campaign in 2000. 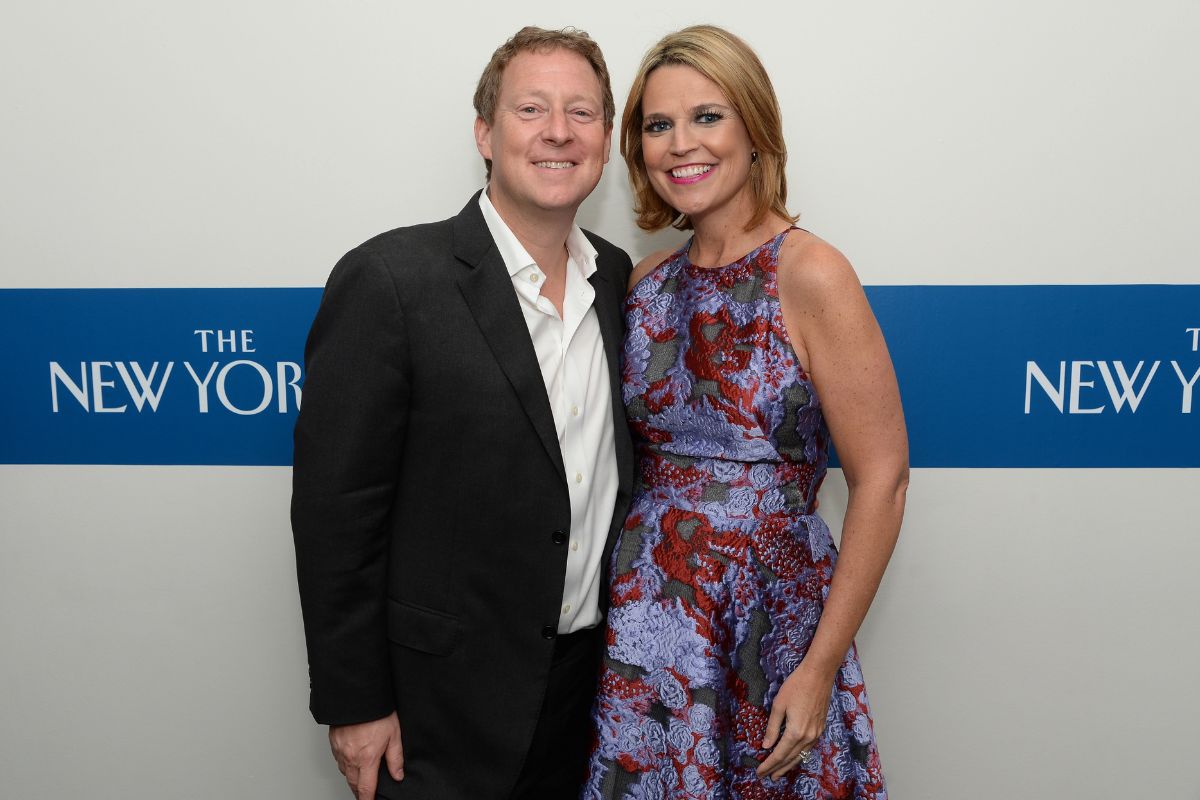 He is the managing director and founding partner of The Glover Park Group, a communication, consulting, and advocacy organization. During the coverage of the Depp-Heard trial, his wife Guthrie was a significant figure. On March 27, 2022, Savannah Guthrie and Michael Feldman attend the Radhika Jones-hosted 2022 Vanity Fair Oscar Party at the Wallis Annenberg Center for the Performing Arts in Beverly Hills, California.

Guthrie spoke with Elaine Bredehoft, one of Heard’s attorneys, following the trial. A spokeswoman for Heard defended her decision to come out shortly after word of her upcoming primetime interview with Guthrie broke.

“For days after the verdict, Johnny Depp’s legal team saturated the media with countless comments and interviews on television, and Depp himself did the same on social media,” Heard’s rep told Newsweek in a statement on Monday. “Ms. Heard’s only intention was to respond to what they did violently last week; she did so by expressing her thoughts and feelings, much of which she was not permitted to do on the witness stand.”

What Is Michael Feldman’s Current Net Worth?

According to wall mine, Michael Feldman has a net worth that is roughly $5.92 million as of the month of January 2022. The range of approximately two million dollars might be estimated to be Savannah Guthrie’s net worth.

After a 2-year-old Child Was Stabbed in a Detroit Residence,…

Four People Were Injured in a Chicago Crash on Cottage Grove…