Giorgia Meloni, a 45-year-old single mother from Rome, is on the verge of making history. If polls are correct, she will be appointed Italy’s first female prime minister following elections later this month. But it’s unclear what Meloni’s triumph would entail for women’s rights and the equality push in Italian politics. A slew of female celebrities has come out against Meloni and her far-right Brothers of Italy party in recent weeks.

They’ve slammed her family planning policies, devotion to the “traditional” family, and contempt for minority rights as proof that she won’t improve female representation or advance women’s rights. Meloni’s worldview, according to singer Levante, excludes minorities and women who do not fit an idealized image of the heterosexual, Christian mother.

Another well-known artist, Elodie, emphasized elements of the Brothers’ 2018 election platform to “protect the natural family, reject gender ideology, and promote life.” “To be honest, it worries me,” she posted on social media.

Last week, it was the turn of Chiara Ferragni, Italy’s top fashion influencer, who took aim at Meloni in an Instagram story, claiming that the Brothers of Italy have made abortion “practically impossible” in the Marche province, where the party dominates. This, according to Ferragni, is a “strategy that risks becoming national if the right wins the elections… Now is the time to act to prevent this from happening.”

A Meloni presidency would send the strongest possible signal to her supporters that there are no boundaries to the potential available to women in Italy. Her win would be noteworthy in a political society notorious for its machismo. Women have previously held the positions of foreign minister and Senate president, but she would be the first woman to lead the government 76 years after the republic’s founding after 30 men served as prime minister before her. 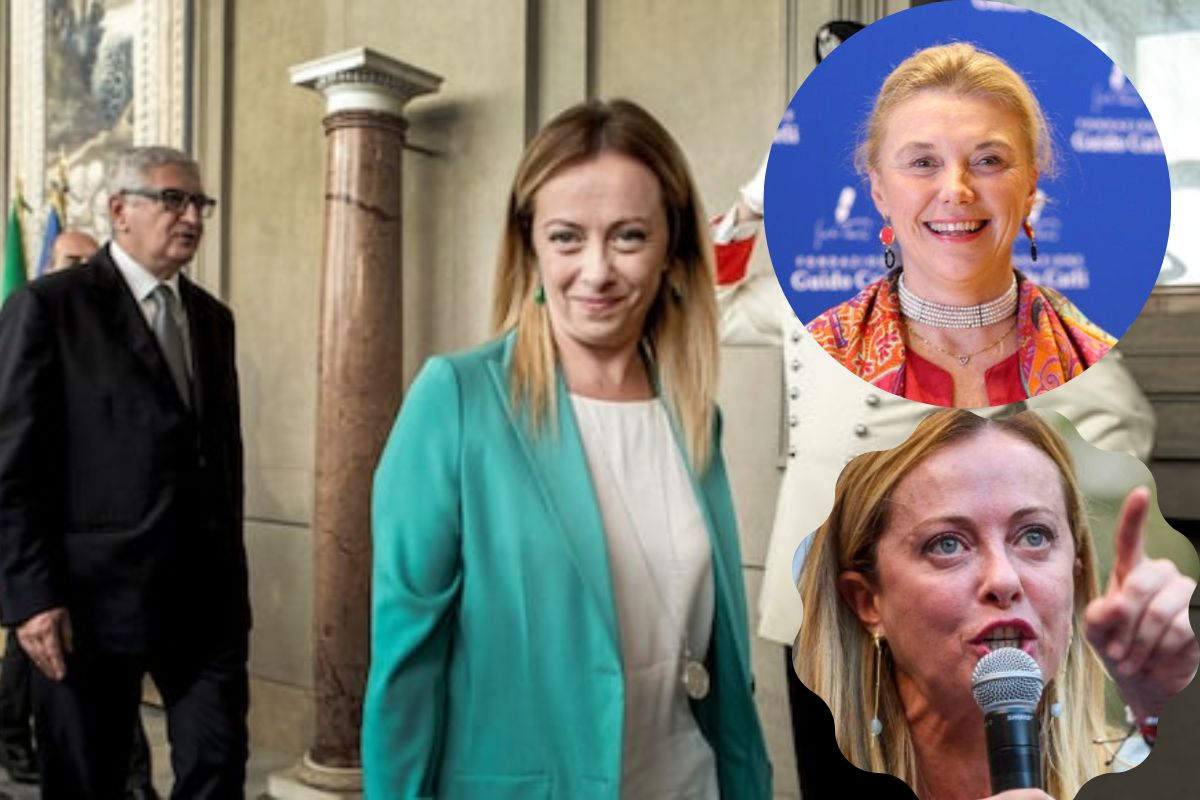 Meloni has emphasized her identity as an outsider throughout her career. She has spoken up about being forced to withdraw from the contest for mayor of Rome while pregnant, as well as facing gender-based internet threats and harassment. She may be more relatable to ordinary women because she is an unmarried, working mother who was raised by a single mother.

For her opponents, however, none of these personal attributes ensure that she will offer what Italian women require. Because of its antagonism to gender ideology, Meloni’s party has voted against proposals in Europe and Italy to protect women from discrimination and assault. Meloni, according to Senator Valeria Valente of the Democratic Party’s center-left, “plays on the novelty factor [of being a woman] but does not represent and work for women.” [Her premiership] is not a chance for women.”

Ferragni’s fears about the threat to abortion rights, according to Valente, are “fully founded.” National rules to make the abortion pill available in a day clinic are not followed in territories already governed by Meloni’s Brothers of Italy. Carlo Ciccioli, one of the party’s regional MPs in Le Marche, invoked the imminent risk of “ethnic substitution” to explain this strategy, stating that in the absence of Italian children, the number of newborns born to “foreign parents” would increase.

In Italy, only 49% of women work, compared to 73% in Germany. Some of Meloni’s detractors argue that her initiatives risk widening the disparity. Meloni has promised to reduce taxes on larger families in order to increase Italy’s existing low birth rate of 1.2 births per woman, compared to 1.5 in Germany and 1.8 in France.

While this could be a nice tax reduction for some, there are concerns that it could stifle economic equality for women in Italy. “She wants to keep women at home,” POLITICO’s Valente reported. Because of its resistance to gender ideology, Giorgia Meloni’s party has voted against initiatives in Europe and Italy to protect women from discrimination and assault | Tiziana Fabi/AFP via Getty Images

Meloni’s plans, according to Isabella Rauti, a senator for Brothers of Italy, will assist women to integrate work and family by promoting companies that recruit new mothers and implement family-friendly policies. “Her selection as Prime Minister would be unprecedented and would send a strong statement to all Italian women.”

Meloni has stated unequivocally that she will not repeal the 1978 law that legalized abortion. Rauti indicated that she would endeavor to fully implement a section of the law that authorized state bodies to provide women abortion alternatives in order to “overcome the circumstances that could motivate the lady to terminate her pregnancy.”

Paying women not to abort is one strategy that has already been used in right-wing localities, as is bringing anti-abortion groups into hospitals and family planning clinics. Abortion rights advocates claim that these restrictions are intended to confuse women and prolong their decision until it is too late to legally terminate.

Meloni, without a doubt, has already broken down records – she was the youngest cabinet minister in Italy’s history. However, her rise does not guarantee that more women will enter politics. Meloni opposes feminism and does not believe in quotas. She claims that only merit-based advancement offers women power. For feminists, the question is whether a Meloni government is a victory because she is a woman, or a defeat because she is a right-wing woman.

Italy has a long way to go historically. The system is “so male-dominated and macho that the small number of significant positions inhabited by women do not become launchpads for others,” according to Valeria Manieri, founder of Le Contemporanee, a feminist start-up. “It is quite likely that her leadership will favor her and only her, with no regard for others.”

Meloni may have some unexpected allies when it comes to women’s rights. According to Marina Terragni, a feminist writer, the left has disregarded radical feminists on matters such as gender politics and surrogacy for far too long. They can now perceive some common ground with Meloni. “The left has never wanted to listen to feminists’ views on these matters,” Terragni remarked. “The right is more eager.”

Some feminist groups have advocated for surrogacy, which is already illegal in Italy, to be made a criminal even when performed abroad. “If Meloni endorses this idea — and she has — I cannot say no because she is stating it,” Terragni explained. “That would be ridiculous. We obviously have different goals,” Terragni, who supports abortion rights, noted. Meloni, on the other hand, is a “woman of our day” as an unmarried mother.

If nothing else, Meloni’s appointment would raise questions about why, in Italy and elsewhere, it is the political right — which frequently supports more reactionary policies — that produces female leaders, such as Angela Merkel in Germany and Margaret Thatcher, Theresa May, and possibly Liz Truss in the United Kingdom.

Whatever their ideology, when women do break through, they are unquestionably capable, according to Manieri. “Because they worked ten times harder than a male to get there.” This is undoubtedly true of Giorgia Meloni.

Polaroids From Jeffrey Dahmer’s Apartment: The fate of…

The Dramatic Effects Of Brendan Fraser’s Divorce On…