Selling Sunset Season 6: When Will It Be Available on Netflix?

Fans of Selling Sunset were kept on the edge of their seats during Season 5. Chrishell Stause and her supervisor, Jason Oppenheim, publicized their relationship but broke up at the conclusion of the season. Heather Rae Young got married to Flip or Flop star Tarek El-Moussa.

Christine Quinn was accused of bribing clients and left the Oppenheim Group as a result. However, with fresh real estate agents coming and going, this is actually just the beginning. In between disputes, Bravo-style reunion specials, and the Netflix cast continually updating their fans on social media, fans are curious about Selling Sunset season 6. Fortunately, there are specifics to peruse, and we cordially invite you to our open house for the upcoming edition.

When Will Selling Sunset Season 6 Be Available On Netflix?

Season 6 of Selling Sunset is currently in pre-production. Having said that, Chrishell announced on her Instagram that filming for new episodes will begin “later this summer.” “Congratulations to this crazy hilarious group!” “#SellingSunset has been officially renewed for seasons 6&7!” she wrote beside an Instagram snapshot of the cast. “Season 6 filming begins this summer!” I adore our dysfunctional clan!”

“And THANK YOU everyone for watching and all the love- and even to those who hate [to] watch us, since that’s half the fun of the program anyway honestly-ha!” she said. Thank you very much! #netflix ” Furthermore, Netflix has renewed Selling Sunset for seasons 6 and 7.

The official announcement was made in June, along with other real estate-related shows, such as the Selling Sunset spin-off, Selling the OC, starring Brett Oppenheim. We’ll keep you updated as soon as a debut date is announced!

Who Will Appear In The Sixth Season Of Selling Sunset?

As of now, here is who we may expect to see in Season 6 of Selling Sunset:

Maya Vander, who suffered through a very personal sorrow shortly after filming season 5, is one of the cast members that has indicated they would not be returning for season 6. Fans also saw Maya sit down with Jason to tell him that she was relocating back to Miami to be with her family after being bicoastal.

“I’d love to be a part of the show,” she told Women’s Health in April, “but it’s less than ideal for me to put in all this effort and then you see the completed product and I’m hardly in it.” “I make a lot of sacrifices, but I get it.” “The audience prefers drama over ‘here’s Maya selling a property…'”

Christine’s fate on the show is not going to change anytime soon. After being accused of bribing clients to avoid working with other cast members, she quit the Oppenheim Group to co-found RealOpen with her husband, Christian Richard. Despite the controversy, Christine told Us Weekly that she and Jason are still on good terms. 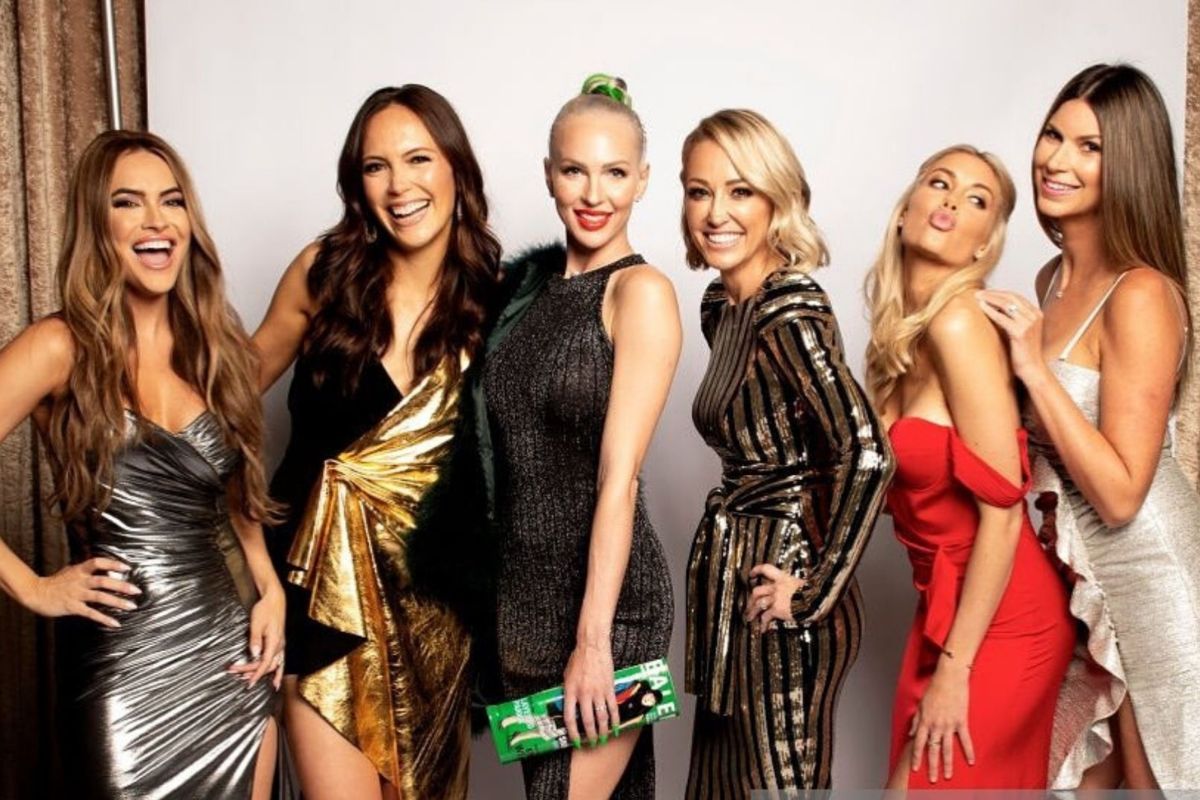 “The program is my number one [and] everyone knows it,” she told the publication. “But since I don’t work for the Oppenheim Group anymore, we’ll just have to get creative… Perhaps it’s a war of the brokers.” It’s unclear whether Christine will get any airtime at this time, but we’ll be watching to find out.

What Will The Sixth Season Of Selling Sunset Be About?

There will undoubtedly be much to discuss following the events of Season 5. Chrishell’s connection with Australian singer G Flip, whom she began seeing after parting from Jason in late 2021, is one of the most intriguing prospective scenarios.

However, it is not yet confirmed whether G Flip will appear on the show, as creator Adam DiVello informed E! News that negotiations had taken place. “Chrishell has been such a tremendous sport with us from day one,” he told the magazine in July, “offering us everything from her divorce from Justin Hartley to her romance with Jason [Oppenheim] and her baby adventure.” “Right now, we’re in between seasons. Six are now in preproduction. We haven’t discussed it with Chrishell yet… I’m hoping to see G Flip.”

Heather’s pregnancy is another major plotline that will very certainly be included. In mid-July, she and Tarek revealed their wonderful news, stating that the baby is expected in early 2023. To top it all off, the couple announced that they are expecting a boy. “Baby boy El Moussa,” she captioned an Instagram Reel from a gender reveals celebration on July 24.

How Can I watch And Stream Season 6 Of Selling Sunset?

Season 6 of Selling Sunset, like previous seasons, will be accessible on Netflix. If you haven’t already done so, you can test out the streaming service for free for 30 days. After your trial period expires, you can choose from monthly options starting at $9.99. Those who already have an account can watch the show on its official page on Netflix’s website or on the Netflix app.

Bridgerton Season 3: All Interesting About This!

Who Is Derrick Jaxn? Everything We Want to Know!

Temporarily Closing Indiana Schools to Stop the Spread of…