Vijaya Gadde is an American attorney who previously worked at Twitter as general counsel and head of legal, policy, and trust. Her responsibilities included dealing with harassment, misinformation, and destructive speech.

She is known for her involvement in Twitter decisions and policies, such as the approach taken to issues such as harassment and harmful speech, as well as controversial Twitter decisions, such as suspending the New York Post for a story on Hunter Biden before the 2020 election and preventing users from sharing the story in private messages.

Elon Musk reportedly fired Gadde on October 27, 2022, following his acquisition of Twitter. Fortune named her the most powerful woman on Twitter’s executive team in 2014, though she was later joined by Chief Marketing Officer Leslie Berland. Politico dubbed her “the most powerful technology executive you’ve ever heard of” in October 2020.

Gadde has characterized her youth as being influenced by the Ku Klux Klan’s presence in Beaumont, to the point where her Indian father’s employer required him to obtain permission from the local Klan before going door-to-door soliciting insurance.

Before joining Twitter in 2011, Vijaya Gadde worked at the Silicon Valley legal firm Wilson Sonsini Goodrich & Rosati for over a decade. She was also a senior director in the legal department of Juniper Networks, a Silicon Valley technology corporation.

Gadde worked at WSGR on the $4.1 billion McClatchy Co.-Knight Ridder Inc. merger in 2006 and served as counsel to the New York Stock Exchange’s Proxy Working Group and Committee on Corporate Governance. In 2018, she announced Twitter’s hire of researchers to investigate the health of the platform’s dialogue.

Gadde met with Twitter CEO Jack Dorsey in India in 2018 and discussed their experiences on Twitter with many Dalit activists; following the meeting, the activists gave Dorsey a sign that read “Smash Brahminical Patriarchy,” which he was later seen carrying.

The portrait sparked debate, with some critics accusing the sentiment of being anti-Brahmin, while others saw it as a legitimate response to caste- and gender-based oppression in India. In a series of tweets, she apologized for the social media uproar, saying, “I’m extremely sorry for this. It does not reflect our opinions.

Gadde garnered additional prominence after Elon Musk announced his acquisition of Twitter in 2022. Musk questioned Twitter’s existing restrictions, claiming the network should only remove content if compelled by law, and he chastised Gadde for blocking a New York Post story about Hunter Biden.

During a virtual conference with the policy and legal teams, Vijaya Gadde claimed to have expressed worries and discussed considerable uncertainty regarding the future of Twitter under Musk’s probable leadership. Musk’s criticism of Vijaya Gadde sparked some controversy due to subsequent online abuse directed at Gadde, including racist slurs, and speculation that Musk’s criticism may have violated the terms of the takeover agreement, which prohibited Musk from posting disparaging tweets about the company or its representatives.

Others have backed Vijaya Gadde, including former coworkers and law professor Danielle Citron, who stated that Gadde recognized the impact of internet harassment. Elon Musk’s letter terminating the purchase of Twitter on July 8, 2022, was addressed to her as Twitter’s Chief Legal Officer. According to The Washington Post, she was sacked after Elon Musk completed his takeover of Twitter on October 27, 2022.

Vijaya Gadde is married to Ramsey Company, and the couple married in the United States. Her husband is a tech executive and a lawyer. He has also worked with notable organizations such as Dropbox and Google.

Vijaya Gadde has an appealing height of 1.68m and a healthy body weight that complements her personality. Vijaya Gadde and her husband Ramsey Homsany are still married as of mid-2022 and have not shared any information about their children’s lives. 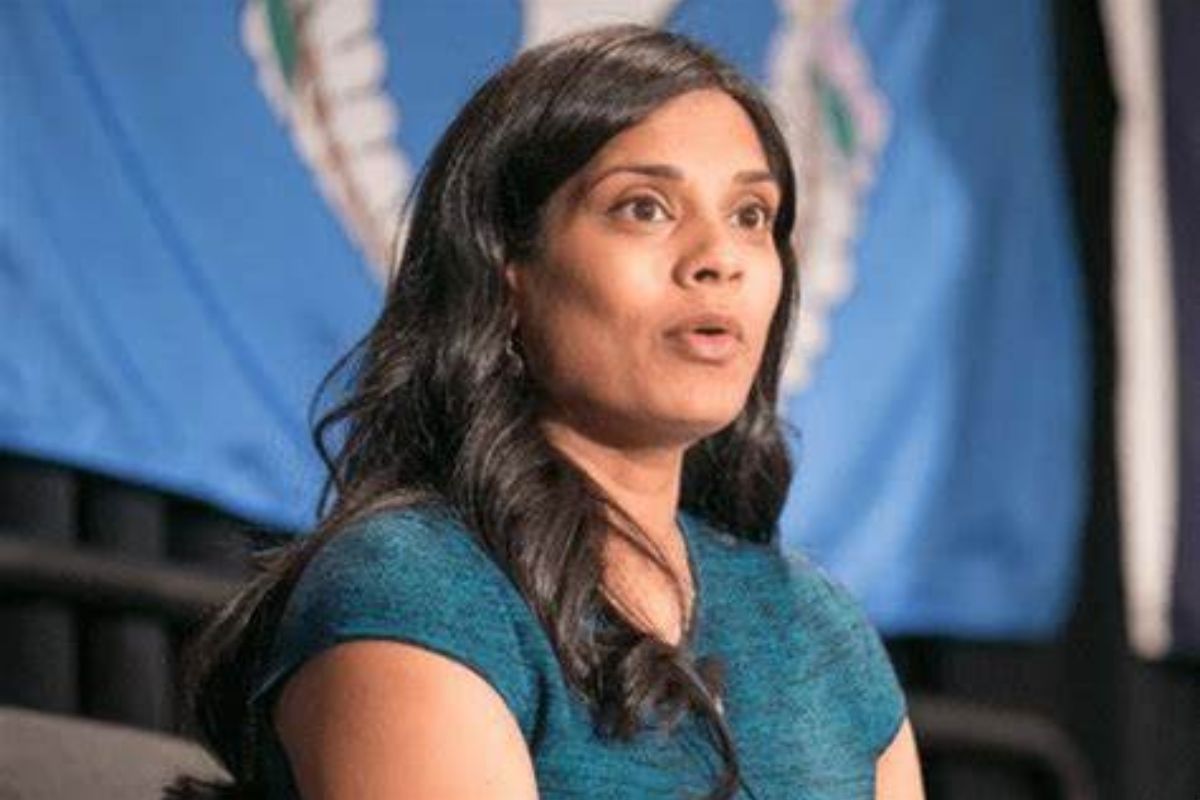 The net worth of Vijaya Gadde is reported to be around $55 million. Her primary source of income comes from her employment as an attorney. Vijaya Gadde’s monthly salary and other career earnings total more than $4 million dollars each year.

Her extraordinary achievements have earned her a luxury lifestyle and some expensive automobile rides. She is one of the wealthiest and most powerful lawyers in the United States.

After Barring the Press from Their White House Wedding,…