In a Rare Interview, Adam Brody Gushes About His Wife, Leighton Meester

Adam Brody and Leighton Meester are one of the few Hollywood couples who can maintain a low profile while still capturing the hearts of The O.C. and Gossip Girl fans everywhere. Brody is now opening up about his ultra-private relationship with his wife after seven years of marriage and two children.

Brody discussed how they met, his first impression of her, and why he considers her to be “literally like Joan of Arc” on Anna Faris’ podcast, Anna Faris Is Unqualified. Brody and Meester met for the first time at Canter’s Deli in Los Angeles when The O.C. was wrapping up on Fox and Gossip Girl were about to premiere on The CW. “Josh Schwartz produced both shows, and literally the first time we met, that entire cast was eating at Canter’s, and I lived at Canter’s for like my entire 20s,” he explained to Faris, according to E! “And as I was leaving, he introduced us all.”

In the years that followed, the two had a few brief encounters. They were eventually cast in the 2011 film The Oranges. “We made this film together. At the time, I was seeing someone “Brody stated. “So we met through mutual work friends on and off. We didn’t get together again until about a year later when I was single.” 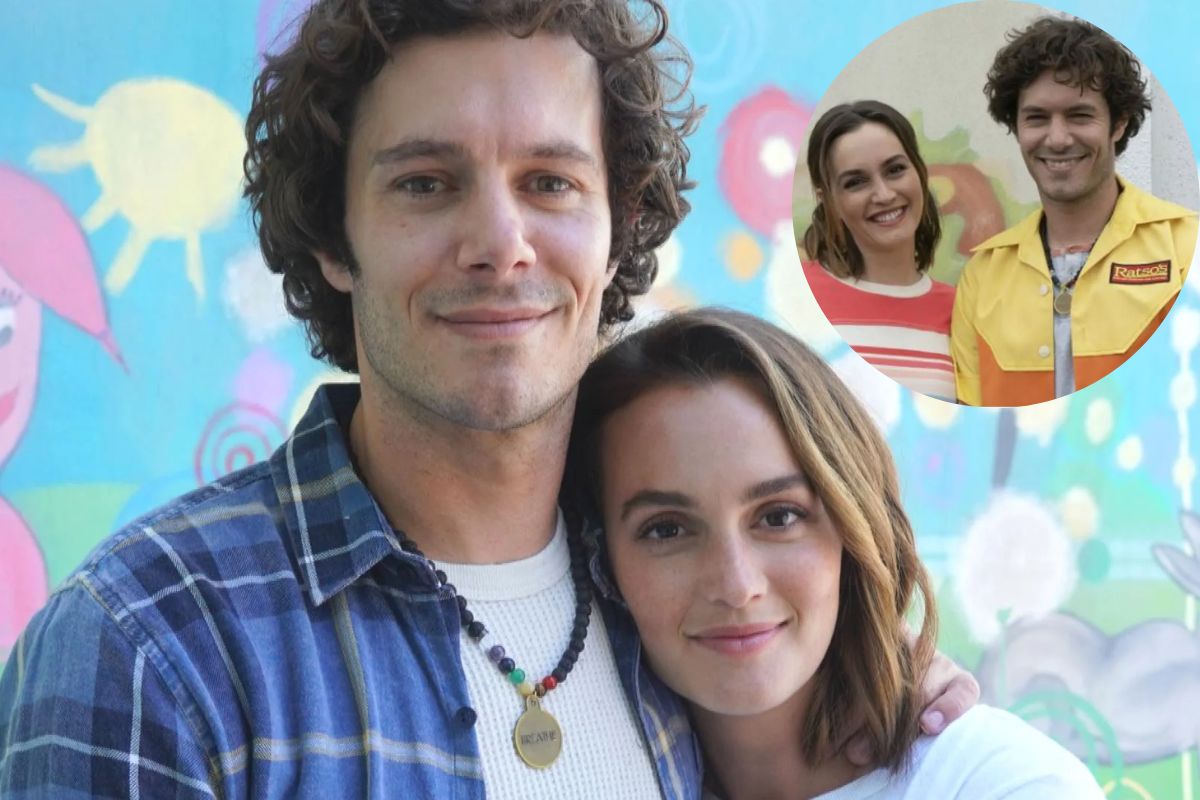 Despite the fact that he didn’t make any advances while they were co-stars, Brody admitted, “I was immediately drawn to her. She is a divine being. I thought she was stunning. Even when we were filming the movie, there was chemistry, but I was seeing someone else.”

Despite the chemistry, he had reservations about Meester’s personality. “But I didn’t know if she was a good person or not. And, in fact, I assumed she wasn’t for the first couple of years I didn’t know her, just because, I don’t know, Gossip Girl “He stated. “Not that I branded every actress with that—I didn’t. And I enjoy dating actors. That is something I never believe.”

When they started dating, he realized how erroneous his first impression was. “‘Oh, she’s cool,’ I thought. But I still didn’t know, and that was the same when we initially started dating “He went on to explain to Faris. “And it turns out she’s a lot like Joan of Arc. She is the strongest and most capable person I know. She is my moral compass and North Star, and I cannot speak highly enough of her character. It’s insane.”

Brody indicated that her moral compass extends to almost everyone, with the exception of one population. “She’s never been unpleasant to a single person in her life, except for the paparazzi, where I’m too self-conscious,” the actor remarked. “I wouldn’t say nasty, but individuals who aren’t fans but appear to be fans will attempt to get her to autograph some provocative old photo or anything… It’s a bottom-feeding creature… She has no qualms about saying, ‘You can detest me.’ ‘I don’t mind.'”

Brody and Meester tied the knot in 2014. They have two children: Arlo, a five-year-old girl, and a baby boy born last year. Chelsey Sanchez is a HarpersBAZAAR.com Associate Editor who covers pop culture, politics, and social movements.