Another Woman Has Said That Herschel Walker, A Republican Running for the Senate in Georgia, Paid for Abortions

Even as the high-profile GOP contender seeks to topple Georgia’s Democratic incumbent in the midterm elections next month, the accuser dubbed Walker a “hypocrite” unworthy to be a US senator.

“He has publicly stated that he is pro-life and opposed abortion under any circumstances, yet in fact, he pushed me to have an abortion and personally ensured that it happened by driving me to the clinic and paying for it,” she told reporters.

The former NFL player, who has already disputed the first charge, dubbed the current one “foolishness.” Walker, who is heavily favored by former US President Donald Trump, is running against Democrat Raphael Warnock in the November midterm elections.

Herschel Walker, A Republican Contender For The Senate In Georgia, Has Been Accused By Another Lady Of Funding Abortion

The new charges surfaced when the second woman, who talked anonymously to reporters over Zoom, claimed Walker coerced her into terminating her pregnancy. She also did not appear on camera for the Los Angeles virtual news conference.

Both woman have not made their identity known. According to CBS News, the lady, identified only as “Jane Doe” by her lawyer, told reporters on Wednesday that she had a six-year relationship with Walker and that he had driven her to the clinic.

Gloria Allred, the woman’s lawyer, offered artifacts such as alleged love letters, a 1992 voicemail, and a hotel receipt as proof of the two’s relationship in the late 1980s and 1990s. The BBC stated in its story that it did not investigate or verify the alleged proof.

Walker, who has maintained a strong anti-abortion stance, labeled the latest charge a “false” at a campaign rally in Dillard, Georgia, just before the news conference. “I’m done with this nonsense. I’ve already told folks that this is a lie, and I’m not going to entertain, prolong, or carry a lie any further “He stated. 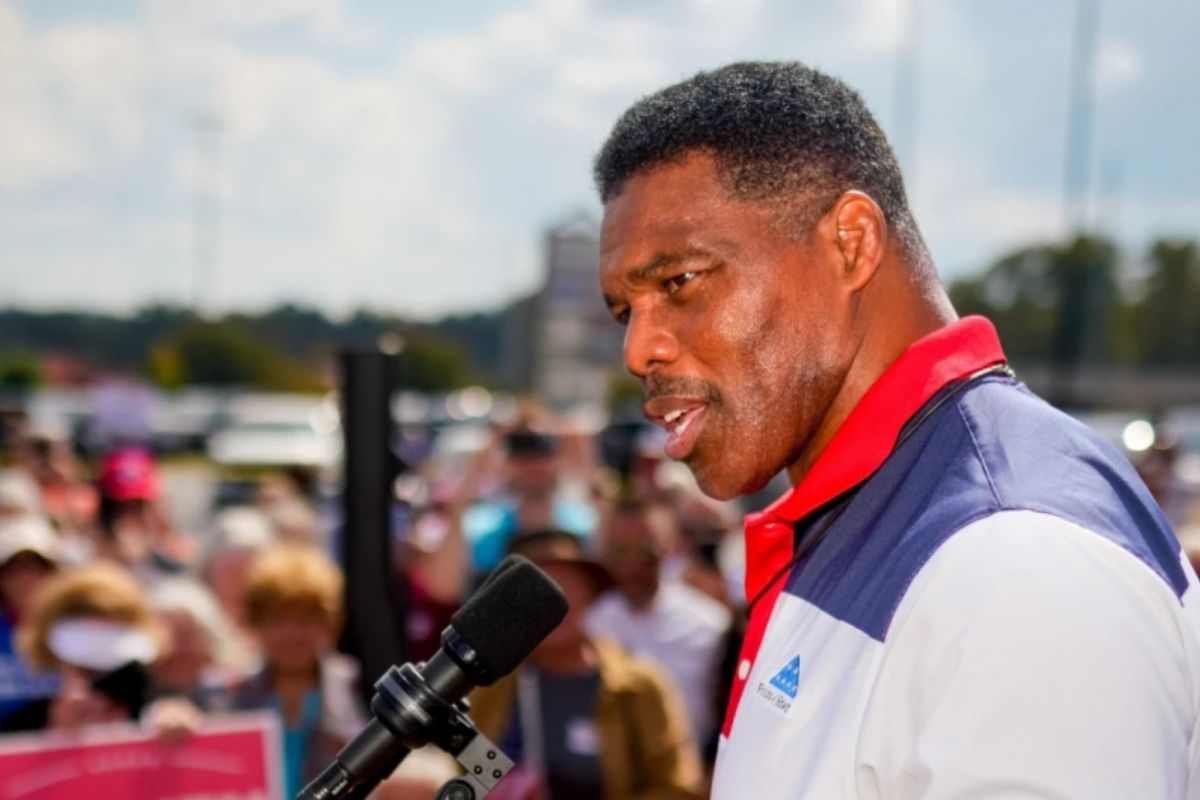 ”And I also want you to know that I didn’t kill JFK either,” he said, accusing Democrats of dirty tricks ahead of the election. The new accuser claims to be an independent voter who voted for Donald Trump and alleges Walker got her pregnant in 1993 while he was playing for the Dallas Cowboys.

She claimed Walker “encouraged” her and offered her money for the abortion, but after she felt distraught on her initial visit to the clinic and departed without the procedure, he returned the next day and “waited for hours in the parking lot until I walked out.”

“I was sad because I felt coerced into having the abortion,” she explained. Walker had earlier this month denied similar allegations made by another anonymous woman who said he had coerced her and paid for her abortion in 2009.

Walker is challenging the incumbent, Warnock, a pastor at Ebenezer Baptist Church in Atlanta who supports abortion. The tight race might determine which party controls the US Senate following the elections next month.

Warnock campaign spokesman Rachel Petri said in a statement on Wednesday, “Today’s new report is only the latest example of a dangerous pattern we have seen play out again and again and again.”Warnock has also been chastised for allegedly evicting low-income tenants from flats owned by the church and for driving over his ex-foot wife’s in a car after a domestic fight.

Murder Among The Mormons Season 2 Release Date & Other…

Grizzly Man Death: Everything We Want to Know!