Before their 23-year-old son, Ethan was found dead on the kitchen floor of his apartment in December, Dana and John Pope had never heard of kratom. Kratom is a supplement advertised as a pain reliever, anxiolytic, and addiction treatment that is derived from the leaves of a tropical tree indigenous to Southeast Asia. It’s commonly found for sale at convenience stores and tobacco shops around the state of Georgia, among others.

The Parents Suing Over Their Son’s Death Claim He Left Them A List of Things to Accomplish, Including “Stop Taking Kratom”

Following a news announcement at the Capitol in Atlanta on October 27, 2022, Dana and John Pope pose with a portrait of their son Ethan. According to the results of the autopsy conducted by the Georgia Bureau of Investigation, Ethan Pope died of mitragynine poisoning. The FDA has recognized mitragynine, a psychotropic component of kratom.

Dana and John Pope have sued several individuals and businesses involved in the production and distribution of kratom, claiming that their loved one died as a result of using the drug.

Dana Pope, the boy’s mother, stated during a press conference on Thursday that the Popes have no idea how long their son had been using kratom or why he stopped using it. They discovered a list of things to accomplish in his apartment, and one item stood out: “Stop using kratom.”

In May, the case was initially filed, and just last week, an amended version was submitted. The attorneys who brought the claim have stated that they wish to send a message that kratom is not safe for human consumption.

A natural, risk-free substance that can improve health and well-being, as the kratom industry says, according to attorney Matt Wetherington. However, even if this were the case, the kratom offered in the United States is extremely potent and more akin to heroin or other opiates.

Kratom advocates claim the herbal supplement is risk-free and can aid with pain management and narcotic withdrawal symptoms. In the days leading up to his untimely demise, Ethan Pope stocked up on O.P.M.S. Liquid Kratom. The risk of overdose and death is greatly increased with liquid kratom shots, the lawsuit claims, “since they are intended to supply users with larger doses of mitragynine.” 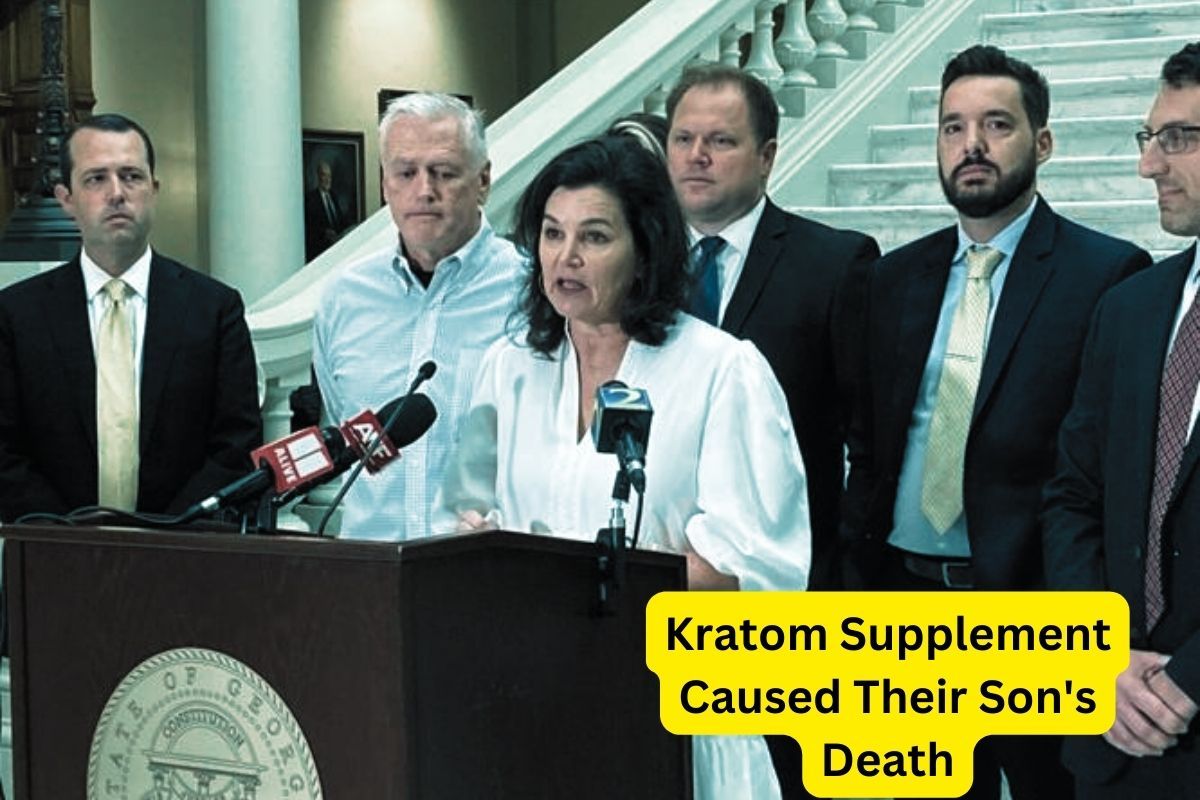 Allegations in the case state that kratom manufacturers have imported the drug illegally by falsely labeling it as an agricultural commodity, and have since begun manufacturing, marketing, and selling kratom extracts.

A small amount of kratom can give you an energy boost, while a large amount can put you to sleep. The U.S. Drug Enforcement Administration warns that its usage can be addictive and that it can lead to hallucinations, delusions, and disorientation.

No applications for kratom have been authorized by the FDA, and the agency “continues to urge consumers not to use any items described as containing kratom.” In 2014, it issued an import warning permitting the seizure of kratom on the grounds that it was an unapproved medication.

The Food and Drug Administration notes on its website, “There are no FDA-approved uses for kratom, and the agency has received worrisome complaints about the safety of kratom.” In 2019, U.S. health officials released a report stating that 91 people died from overdoses related to kratom in 27 different states. Seven of the deaths were attributed solely to kratom, whereas the remaining deaths involved heroin, fentanyl, or other substances.

The number of calls to poison control centers in the United States regarding kratom increased from 13 in 2011 to 682 in 2017, according to another study published in 2019. In the complaint, the plaintiff claims that the defendants breached their “obligation to avoid foreseeable damage arising from the use of their products.”

This responsibility includes, but is not limited to, providing accurate information regarding potential adverse reactions to kratom and maintaining a uniform level of potency and purity throughout each batch.

Because the defendants “did not give proper warnings and instructions that a typical customer would expect,” the kratom products were riskier than the average person would have thought. Ethan Pope utilized the items as intended.

The lawsuit claims that the kratom that Ethan Pope consumed was made by Optimized Plant Mediated Solutions (O.P.M.S.). A comment request sent via the company’s online form on Thursday went unanswered. It is claimed in the lawsuit that the American Kratom Association, a trade group, encourages customers to depend on “false, deceptive, and grossly deficient medical claims” about kratom.

Drew Ashby, a lawyer for the Popes, claims that the company has pushed legislation in a number of states that it claims is supposed to protect customers but that instead supports the sale of an unpredictable and deadly drug.

As Ashby put it, “it is unfortunate and disappointing that Georgia is one of the few states in the country that allows this to be sold legally with actual legislation.” This was in reference to a 2019 law that limited the sale of kratom to people over the age of 18 and implemented labeling requirements that the lawsuit claims are not being followed.

Apple is Doing Better Than Other It Firms Throughout the Recession

Two People Were Killed in a Kohl’s Store in Palmdale