After hearing about Madison Cawthorn’s divorce announcement, Republicans in Congress

On Wednesday, Representative Madison Cawthorn announced he and his wife, Cristina Cawthorn, had “mutually chosen” to divorce after only eight months of marriage. Cawthorn is shown here at a press conference on November 1, 2021, outside the Capitol in Washington, DC. Joe McNally/Getty Images

Madison Cawthorn (R-NC) has announced that he is divorcing his wife of eight months, citing “irreconcilable differences” and the stress of his political career as reasons for the breakup.

Luke Ball, the communications director for the 26-year-old freshman Republican congressman, revealed on Wednesday that he and his wife, Cristina Cawthorn, had “mutually decided” to end their marriage. The wedding took place on April 3rd, around three months after Cawthorn was first elected to the House.

Cawthorn claimed in the statement, which was shared on Twitter, that he was not a member of Congress when he and his wife Cristina got engaged. “It was mutually decided that I should run because I felt a calling to public service. There has never been a victory like ours. On the other hand, everything shifted overnight for us. This transition has been stressful and time-consuming. This is not the pace nor the way of life that we had anticipated.”

“From the very beginning, we committed to making things work, to fighting for our marriage, and to seeking counsel to balance the magnitude of such a transformation in our lives,” he continued. “The two of us agreed that a middle ground was impossible and that our differences were intractable. Cristina and I have come to the mutual decision to divorce, which was quite challenging. Please respect our need for privacy as we sort things out internally.”

On the seventh anniversary of the vehicle accident that permanently disabled the future congressman, the couple tied the knot. Representative Cawthorn tweeted on April 4 that his wedding was “the greatest honor, privilege, and adventure of my life,” and that his “life has once again altered” because of the date. 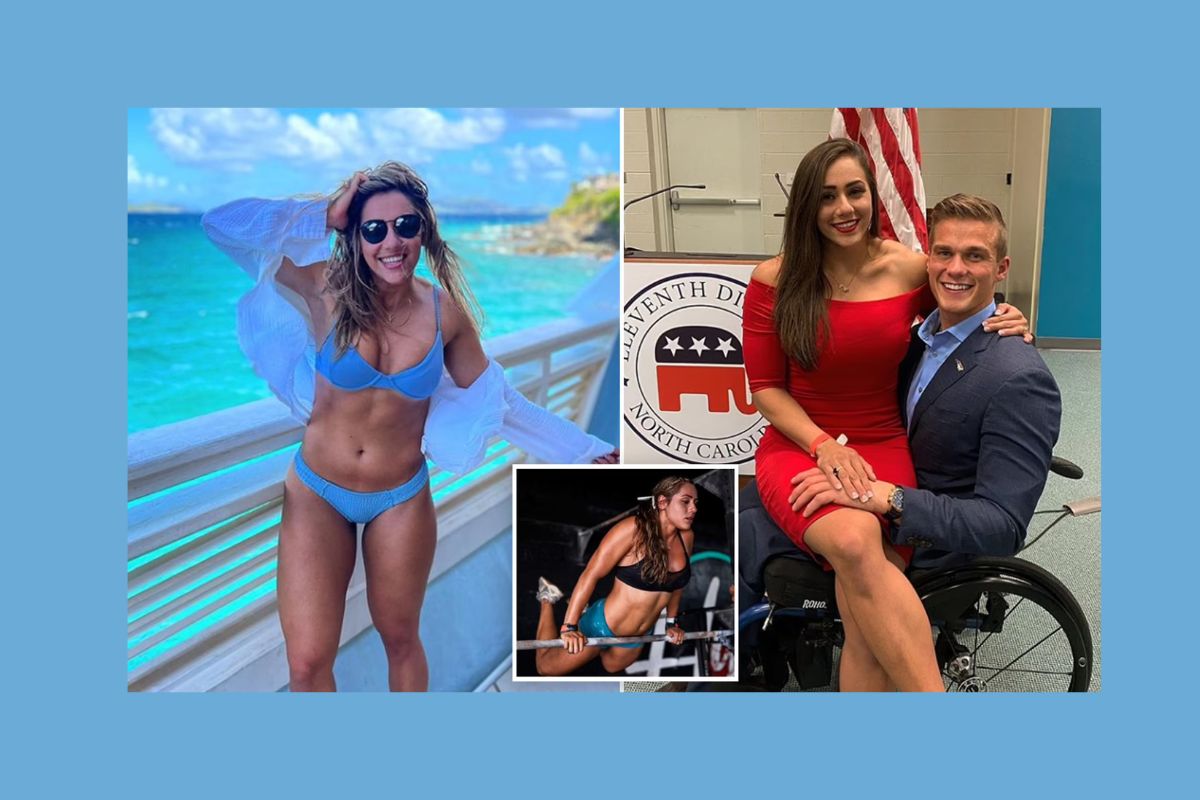 A day before his divorce announcement, the first-term Republican encouraged guests of Turning Points USA’s AmericaFest conference to “get married early” and “have as many kids as possible.” He also called higher education a “scam” and described himself as a “proud dropout,” telling the young conservative throng to “drop out” unless they planned to become a doctor or lawyer.

Instagram fitness influencer Cristina Cawthorn, formerly Cristina Bayardelle, is 27 years old and a graduate of Florida International University. A certified anesthesiologist assistant since February, she has also competed in CrossFit competitions. A common acquaintance in Miami acquainted the two of them at their local gym.

During his brief time in office, Representative Cawthorn has been at the center of multiple scandals, including his backing for fraudulent accusations that the 2020 election was “stolen” from the ex-president, Donald Trump.

Cawthorn walked out of Patrick Henry College, a small Christian liberal arts university, after receiving primarily “D” grades in a single semester, according to a BuzzFeed News report that revealed sexual assault charges from many former classmates. The representative has refuted the charges.

Valerie Bertinelli Divorce: Are She Planning to Get Married…